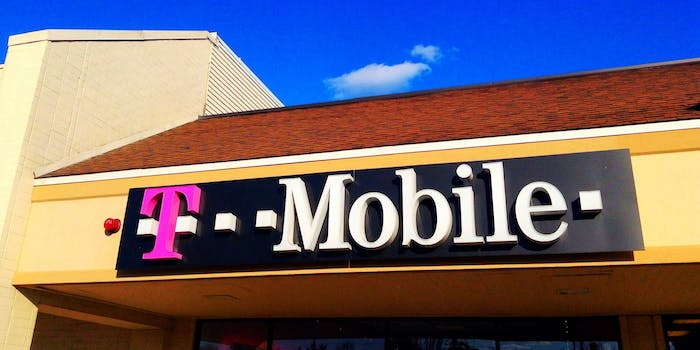 It all started with a fake bounty hunt.

AT&T and T-Mobile are suspending their sales of customer data to third-parties, following a Motherboard investigation that revealed how such sales trickle down to potentially dangerous consequences.

An expose revealed how a Motherboard journalist provided $300 to a bounty hunter for him to locate a phone, and “armed with just the number and a few hundred dollars” he was able to find the location of the phone user, down to less than half a mile.

The phone number, in this case, belonged to T-Mobile, but a larger investigation found cell phone companies such as AT&T, T-Mobile, and Sprint have all been selling consumer location data, which eventually trickles down to the hands of those not eligible to have access to such information.

The investigation led to outcries from senators who demanded the Federal Communications Commission (FCC) look into the matter. Sen. Kamala Harris (D-Calif.) said in a statement to Motherboard that she was “extraordinarily troubled” with the reports and that, “if true, this practice represents a legitimate threat to our personal and national security.”

The FCC commissioner agreed with her in a tweet, writing that “It shouldn’t be that you pay a few hundred dollars to a bounty hunter and then they tell you in real time where a phone is … This entire ecosystem needs oversight.”

It shouldn’t be that you pay a few hundred dollars to a bounty hunter and then they can tell you in real time where a phone is within a few hundred meters. That’s not right. This entire ecosystem needs oversight.

T-Mobile CEO John Legere said in a tweet on Wednesday that he “take[s] this seriously” and will end T-Mobile’s such services in March:

I take this seriously. We're ending this location aggregator work the right way – avoiding the impact consumers who use these types of services for things like emergency assistance. It will end completely in March.

On Thursday, AT&T said it was ending all its location-aggregator services, even those that are beneficial to consumers.

“In light of recent reports about the misuse of location services, we have decided to eliminate all location aggregation services—even those with clear consumer benefits,” AT&T said in a statement, according to the Daily Inquirer. “We are immediately eliminating the remaining services and will be done in March.”

Verizon, whose complicity was unclear in the Motherboard investigation, is joining the bandwagon and said it will end its remaining location-aggregator “agreements” and will introduce a program where customers give consent for their data to be shared, the Daily Inquirer reported.