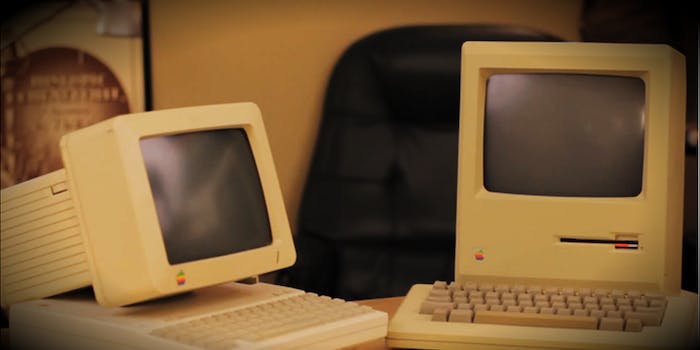 Watch an Apple Watch run Mac software from 20 years ago

Don't ask why, just enjoy it.

Back when Apple was building its line of personal computers—not too many years removed from computers that took up an entire room—it was amazing the company could craft such compact machines. No one developing Mac OS at the time would have thought a couple decades later, people would be wearing computers on their wrists.

Thanks to some clever hacking by software developer Nick Lee, the Mac OS of the past has been brought into the future. Using an emulation program called Mini vMac, Lee was able to shrink the 19 year operating system Mac OS 7.5.5 down and run it on an Apple Watch.

The Apple Watch, running the recently released watchOS2, gets sent back in time by the hack to an operating system first released in 1996. Mac OS 7.5.5—a part of the recognizable System 7 family—was one of the later versions of the operating system, requiring a PowerPC-based computer to run it. Back in the mid-nineties, it would require a heavy, clunky computer to run the OS. Technology has come a long way.

Of course, just because the Apple Watch can run a distant ancestor OS doesn’t mean there’s any real reason to. The operating system is basically without function on the Apple Watch’s screen. It boots and loads the desktop, and that’s about as far as it goes since supporting touch interface was not high on the priority list of developers in the 1990s.