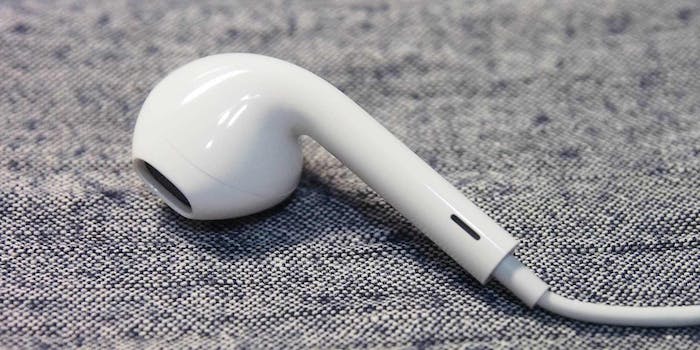 Apple Music may actually be better on Android than on iPhone

When did this happen?

It was always assumed Apple would have no real interest in trying to appeal to Android users when the company announced it would make Apple Music available for its biggest competitor’s platform. As it turns out, the opposite seems to be true, at least thus far, and Apple is having no problem embracing the best parts of Android for its fledgling music service.

On Thursday, Apple rolled out an update to its app for Android that embraces some of the features foreign to iPhone. Most prominent in the new line of functionality is the addition of SD card support. Users can now store downloaded songs onto SD or microSD cards and listen to them offline.

Support for SD cards is a function not even possible for iPhone owners, and many of the tiny, external storage options offer more space than is built into the iPhone. Easy as it would have been to simply port Apple Music for iOS over to Android and made it merely an afterthought, Apple appears to actually be putting some effort into accounting for how the platform is different from its own and how it can fine-tune its product to appease the people in that ecosystem.

The Apple Music app for Android also embraces much of the Android design conventions, making it look and feel at home on the operating system. The app is still in its beta stage, and Apple is promising more Android-centric optimization to come, including an improved signup process. (At the moment, a Mac or iOS device is required for activating an Apple Music account.) If support for SD cards—a feature that is a primary appeal of Google’s own music app—is any indication, Apple is interested in making Apple Music a viable option for streaming no matter the OS it’s used on.

Even with what appears to be good intentions, though, Apple Music doesn’t seem to be overwhelmingly pleasing Android users. The app sits with a 3.3 star rating in the Google Play Store, with loads of reviews bemoaning the lack of favorite features.

An inability to manage subscriptions through the app, plus a lack of Chromecast support are among the top complaints of Android users skeptically checking out the offerings from Apple.

It’s not hard to imagine Apple addressing those issues in the future, before removing the beta label. That gives the company a chance at potentially flipping some critics, like one reviewer who updated his review to a four-star score with the addition of SD card support.