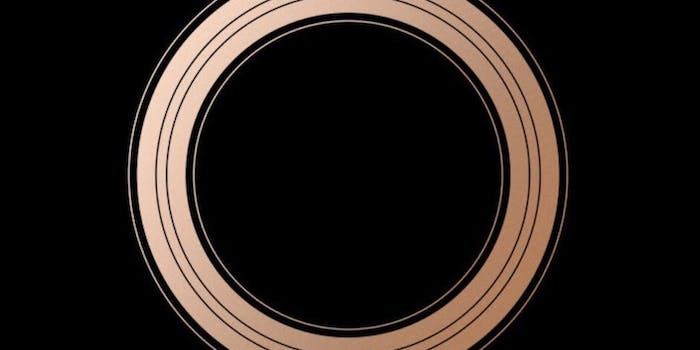 Apple’s mysterious event invite is raising so many questions

Apple's next event September 12 should answer our many, many questions.

Apple sent out invitations to its next special event on Thursday, and as usual, the internet reacted with excitement, anticipation, and a little confusion. Apple’s event invites have historically held some clue about the announcements to come. Some years the signs are more explicit than others, but this particular invite is also drawing parallels to other tech and pop culture references.

First, the event: Apple’s invite requests recipients join the company for a special event Wednesday, Sept. 12, at the Steve Jobs Theater on its Cupertino campus. Historically, this event is where Apple unveils the next iPhone, but Apple also typically makes some other product announcements along the way.

This year, we’re expecting three new iPhones: a follow-up to the iPhone X, a larger plus-size iPhone, and an intermediate-sized “cheaper” iPhone. All three will be styled similarly to last year’s iPhone X. According to Bloomberg, we should also see new Apple Watch models, updated AirPods, an AirPower wireless charger, new Macs, and new iPads this year. However, while we may see some of these debut Sept. 12, it’s likely Apple will save other products for a second event in October or November.

Apple’s invite, however, sheds no light on what sort of products the company plans to focus on that day. The invite features a black background with rose gold text that says “Gather round” before a graphic of concentric circles.

To the Verge’s Tom Warren, it reminded him of the Cortana symbol on Windows devices. Twitter favorite @Darth, meanwhile, Photoshopped an Apple Watch band behind the circular image, insinuating it could be a new rounded shape for Apple Watch faces.

While Mel Magazine’s Cooper Fleishman reminded us that it looks a whole lot like Apple’s old touch wheel (and an Onion parody video).

While some thought the design could be indicative of a wireless charging coil, others thought it could be a reference to updated camera tech in the new iPhones.

Been thinking about the image on the Apple invite. I think it’s a camera lens, some reference to a major camera improvement.

Any other guesses? Has this already been figured out?

Others surmise that the rings are a reference to Apple’s new Apple Park campus—the giant circular “spaceship” building it’s been constructing for the past few years—or a reference to the popular activity rings on the Apple Watch, which urge wearers to stand, move, and exercise more.

In truth, the circular graphic could reference any of these things (well, besides the Xena weapon), or something we have yet to learn about. It’s simultaneously one of Apple’s most cryptic and one of Apple’s most appropriate invitation designs to date, given that the shape is applicable to so many different facets of Apple software and products.

Our many questions should be answered Sept. 12.