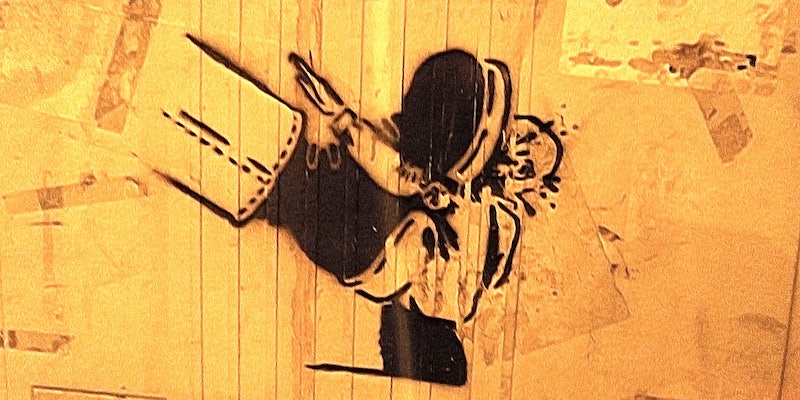 The Daily Stormer has been called the 'top hate site in America.'

The Daily Stormer, a notorious neo-Nazi website, was likely not hacked by Anonymous, as a post on the site claims—but it will need to find a new domain provider.

A post on the Daily Stormer claims Anonymous-branded hacktivists now have control of the site, which will be allowed to remain online for 24 hours “so the world can witness the hate.” However, the post appears to be a stunt by the Daily Stormer, which is being dropped by its domain provider, GoDaddy, for posting an article that degraded the woman who was killed on Saturday while protesting a white supremacy rally in Charlottesville, Virginia.

The claim that Anonymous took over the site has been refuted by YourAnonNews, one of the most influential Anonymous-affiliated Twitter accounts. The suspicious post also claims that the hackers are working “in defense of the Jewish people”—an assertion that diverges with other Anonymous messaging and serves to advance anti-Semitic conspiracy theories among the Daily Stormer’s readership.

We have no confirmation that "Anonymous" is involved yet. Looks more like a DS stunt. Wonder if they are having issues finding a new host. https://t.co/ikXXRBfC5p

We find claim that it took a "UNITED FORCE OF ELITE HACKERS" to hack a CMS run by amateurs incredibly amusing.

If goal of Daily Stormer was to get us to celebrate a BS claim, it backfired. Seriously, suck less.

Anyone can operate under the Anonymous banner, so it’s possible YourAnonNews did not know about this alleged hack. What appears more likely is that the post is an attempt to deflect from the fact that GoDaddy is dropping the Daily Stormer.

GoDaddy told the Daily Stormer it has 24 hours to find another provider after it posted an article about Heather Heyer, 32, who was killed after a car driven by a man with ties to neo-Nazi groups slammed into a crowd of peaceful protesters denouncing the white supremacy rally occurring in the Virginia town.

“We informed the Daily Stormer that they have 24 hours to move the domain to another provider, as they have violated our terms of service,” GoDaddy tweeted.

We informed The Daily Stormer that they have 24 hours to move the domain to another provider, as they have violated our terms of service.

The Daily Stormer’s post called Heyer’s death a “road rage incident” and mocked her weight, among other things.

A spokesperson for GoDaddy told the Washington Post that the company decided to no longer host the neo-Nazi website because it believed the article could incite more violence.

“Given the Daily Stormer’s latest article comes on the immediate heels of a violent act, we believe this type of article could incite additional violence, which violates our terms of service,” Dan Race, a GoDaddy spokesperson, told the Post.

The suspect who allegedly hit Heyer, 20-year-old James Alex Fields Jr., of Ohio, has been charged with one count of second-degree murder, three counts of malicious wounding, and a hit-and-run charge.

Update 2:52pm CT, Aug. 14: After the Daily Stormer registered its domain with Google, the internet giant canceled its registration, citing violations to its terms of service.