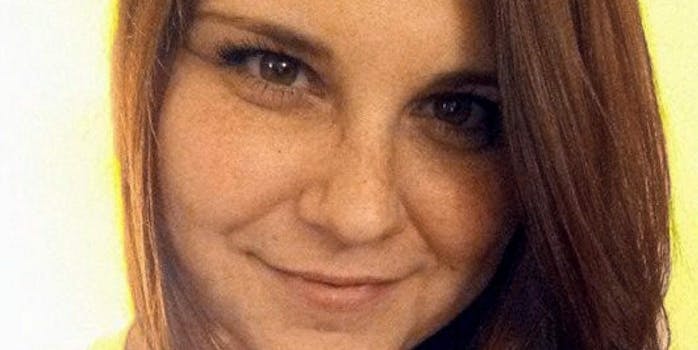 She leaves behind some powerful words.

On Saturday, amid a large-scale demonstration by white supremacists, a man drove a car into a crowd of anti-racist counter-protesters, injuring 19 people and killing one. The slain victim has since been identified as Heather Heyer, a 32-year-old Charlottesville paralegal who was attending the protests to stand against the white supremacist and neo-Nazi activity that descended on her city. The quotation posted at the top of her Facebook profile explains vividly why she was there when the attack took place.

“If you’re not outraged, you’re not paying attention,” the banner quote reads.

This is the quote in the cover photo of #HeatherHeyer's profile, who was killed today in #Charolettesville.

We will not forget her. pic.twitter.com/QZXoPvttyG

Heyer is being widely saluted as a hero, someone who lost their life in pursuit of one of the simplest yet most dangerous causes out there―standing up against violent white supremacy, and standing in solidarity with people of color and historically oppressed groups.

Cameron Speas, a friend of Heyer’s, met Heyer a few years ago, as she was best friends with his ex-girlfriend, and described her as kind, quick to offer advice and aide to her friends, and eager to stand up for what she believed in.

“We went from acquaintances to pretty good friends. So I got a good feel of her soul, and we were really close,” Speas told the Daily Dot. “For her, it was a specific thing of giving advice. She was always there to give a lending word to your situation, that’s what I liked about her the most. She used to always give us advice when we needed it.”

While Speas said Heyer wasn’t looking for confrontation when she attended the counter-protest of the white supremacist rally, he said she both opposed bigotry, and lived a life that demonstrated that fact.

“She wasn’t trying to get violent, she was trying to be peaceful about it, but she was definitely trying to show up and stand up for what she believed in,” he said. “She was clearly opposed to the stuff that’s been going on recently. Without even saying it, it was obvious. Her circle of friends, that was just what they were. It was a mixed group of friends, minorities, and gay people.”

For Speas and his friends, the loss is still extremely fresh, and difficult to digest.

“I’m still dealing with it,’ he said. “It hasn’t fully hit me yet. But when I first realized it was her, because nobody really knew who died until later, it hit hard. It’s still sinking in.”

There’s currently a GoFundMe set up to accept donations to Heyer’s family. At the time of this writing, it’s brought in nearly $160,000 out of a $200,000 goal, and includes the following quote from her mother: “She died doing what was right. My heart is broken, but I am forever proud of her.”

Heyer’s mother, Susan Bro, told NBC News that she always encouraged her daughter to be strong, and that she lost her life in opposition to hate.

“She was there with her friends and she was trying to simply cross the street as the movement was breaking up that day and she was plowed down by a young man who was intent on spreading hate and thought hate would fix the world,” she said. “And hate does not fix the world.”