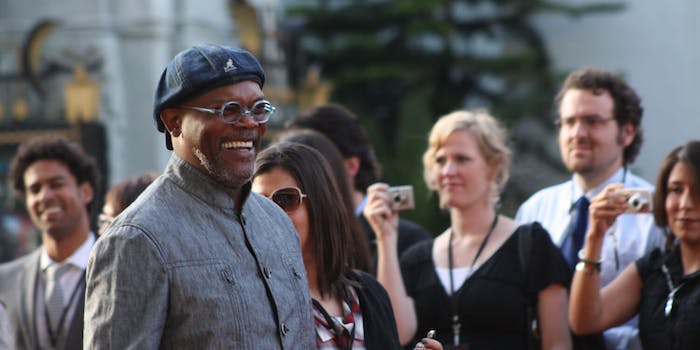 Who doesn't want Samuel L. Jackson to tell them what the weather forecast looks like?

The Alexa family just got a whole lot bigger. During the Amazon Event on Wednesday, the online retailer announced several hardware additions to its suite of Alexa-enabled devices. New features were also announced, such as an Alexa upgrade which will be released this year that changes the voice of Alexa into that of Samuel L. Jackson, according to CNN Business. Alexa will be able to use other celebrity voices as well thanks to its neural text-to-speech technology, though Amazon clarifies it will only do so with permission. Using this feature will cost users 99 cents (it seems that the cost will be per celebrity voice, but it also sounds like Jackson’s vocal debut is discounted at that cost, so stay tuned to find out how much this will run once fully launched).

But really, who doesn’t want Samuel L. Jackson to tell them what the weather forecast looks like?

Home devices added to the lineup include the Amazon Smart Oven, a convection oven that doubles as an air-fryer, an even smaller and more affordable Ring home camera, a small wall-plug Echo Flex, Eero Wi-Fi router, Echo Glow Smart Lamp for children, and an updated Echo Studio speaker.

Amazon is also jumping into wearables and announced several products in the space: The Echo Loop is a smart ring, the wireless Echo Buds are its AirPod rivals, and the Echo Frames are smart glasses with prescription lenses. The Echo Loop will be available for purchase by invite-only, The Verge reports, and has two microphones as well as a small haptic feedback engine.

According to Venture Beat, another software update also improves the Alexa Guard feature, which alerts users of the sound of glass breaking as well as carbon monoxide or fire alarms going off. The Verge also reports that users will soon be able to delete everything they’ve said to their Alexa-enabled devices was announced, in addition to an auto-delete command which would delete conversations on a schedule every three to six months.