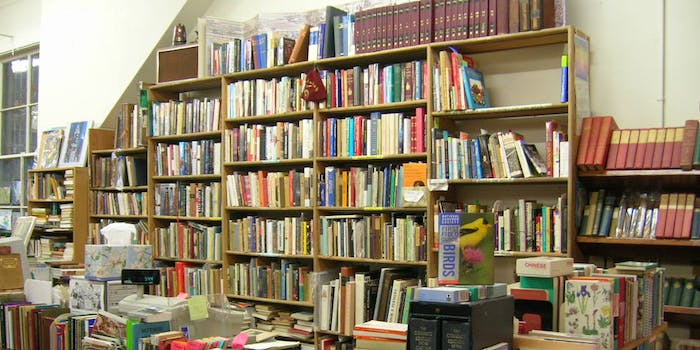 The conclusion of this stalemate will determine how Amazon plays in the publishing world from here on out.

Amazon broke its silence Tuesday evening about its standoff with Hachette over contract negotiations stemming from the Department of Justice’s disbanding of the publishing industry’s fixed-price system for e-books.

“We are not optimistic that this will be resolved soon,” Amazon stated.

The stalemate may seem complicated, but its implications for the publishing industry—and how much you pay for ebooks—are far-reaching.

In a forum post closed to discussion, Amazon confirmed Hachette’s claim that it was “holding minimal stock” of Hachette’s print inventory, and the widely observable fact that it had killed pre-orders on all Hachette titles.

“These changes are related to the contract and terms between Hachette and Amazon,” Amazon wrote. Though Amazon did not specify the point of contractual dispute, the issue involves Amazon’s press for a higher percentage of royalties on ebook titles. The previous five-year agreement in the industry prevented Amazon from demanding a higher rate. Now, with the Department of Justice having ruled in favor of Amazon in a major lawsuit between Amazon, Apple, and the five largest publishers in the industry, that freeze has been lifted. And Hachette is only the first publisher with which Amazon is likely going to try to renegotiate a significant royalty increase.

Here’s how Amazon described the negotiations:

At Amazon, we do business with more than 70,000 suppliers, including thousands of publishers. One of our important suppliers is Hachette, which is part of a $10 billion media conglomerate. Unfortunately, despite much work from both sides, we have been unable to reach mutually-acceptable agreement on terms. Hachette has operated in good faith and we admire the company and its executives. Nevertheless, the two companies have so far failed to find a solution. Even more unfortunate, though we remain hopeful and are working hard to come to a resolution as soon as possible, we are not optimistic that this will be resolved soon.

While Amazon noted that Hachette had operated in good faith, it gave no real explanation for its decision to decrease its inventory, noting only that it is “the right of a retailer to determine whether the terms on offer are acceptable and to stock items accordingly.”

A retailer can feature a supplier’s items in its advertising and promotional circulars, “stack it high” in the front of the store, keep small quantities on hand in the back aisle, or not carry the item at all, and bookstores and other retailers do these every day. When we negotiate with suppliers, we are doing so on behalf of customers. Negotiating for acceptable terms is an essential business practice that is critical to keeping service and value high for customers in the medium and long term.

Still, it’s not clear how Amazon’s negotiations will help customers when the immediate result is to keep them from acquiring books and the end result—a higher percentage for Amazon—could result in higher ebook prices all around.

Also, bizarrely, Amazon seems to be making the argument that books are interchangeable:

A word about proportion: this business interruption affects a small percentage of Amazon’s demand-weighted units. If you order 1,000 items from Amazon, 989 will be unaffected by this interruption. If you do need one of the affected titles quickly, we regret the inconvenience and encourage you to purchase a new or used version from one of our third-party sellers or from one of our competitors.

It’s true that Hachette titles aren’t the majority of Amazon’s retail supply, but none of those other 989 books that are available are by J.K. Rowling, James Patterson, Dan Simmons, David Baldacci, Ian Rankin, Mira Grant, or any of the other major bestselling authors Hachette represents: Authors for whom there is, at least for their fans, no substitute. As Publishers Lunch noted last night in a special evening edition discussing the Amazon post, “But, of course, the unit you want is a market of one.”

In order to ameliorate the drop in sales for Hachette authors, Amazon is offering to fund 50 percent of an authorial pool to offset its own scaled-back retail loss, if Hachette will do the same.

Amazon also, somewhat bizarrely, chided the media for its “narrow” coverage of its dispute with Hachette and linked to a blog post by an independent literary publisher who characterized New York Times coverage as fear-mongering and praised Amazon’s efficiency and ease of access.

As Amazon reaps the consequences of the Department of Justice’s disbanding of the flat pricing structure, Apple has unsuccessfully fought against a counter-lawsuit from the DOJ for spearheading what the DOJ called “a horizontal conspiracy” to illegally fix prices. The final verdict in the countersuit was issued last fall, with a supporting brief from the DOJ issued this week.

Apple had attempted to argue that the courts applied “the wrong legal standard” to the case, possibly because Apple, along with the publishers, had hoped that the end result of the lawsuit would be to get the DOJ to take a closer look at Amazon’s own pricing structures. Instead, the DOJ argued successfully that Apple and the Big Six (now the Big Five, after the court decision prompted Penguin and Random House to merge) were the monopoly.

Two of the other publishers named in the original suit, Macmillan and Simon & Schuster, are expected to file an appeal on behalf of Apple in the DOJ’s counterclaim. Perhaps new attention to the dispute between Hachette and Amazon will lend greater support to the publishers’ original motivation for installing the price-fix to begin with—to keep Amazon from hardballing the publishing industry.