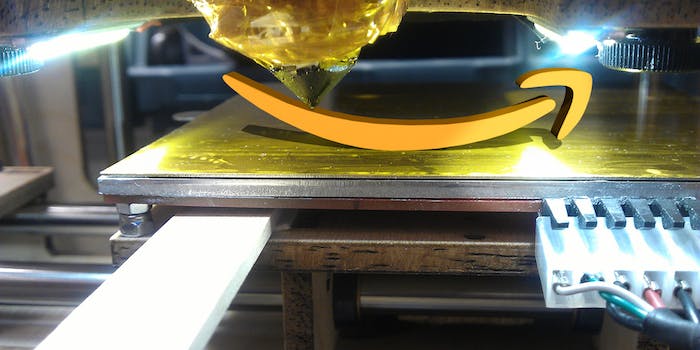 3D printing has finally hit it big. Your mother will be calling with questions.

3D printing has hit the mainstream. The Internet’s Walmart, also known as Amazon, has opened a 3D printing store where you can buy freshly printed items including jewelry, toys, and iPhone cases from a number of different manufacturers. You can even make your own variations to many of the items.

The store currently contains over 200 products that can be printed on-demand, some of which can be customized by size, material, color, and with text and images. Your customizations can be viewed with Amazon’s 3D viewer before you confirm your purchase.

“When you take into consideration the investment needed for manufacturing products, 3D printing offers a cost effective alternative that benefits customers by limitless product options,” said Clément Moreau, CEO and co-founder of Sculpteo, one of the companies whose products are featured in Amazon’s 3D printing store.

While 3D printers have become cheaper over the years, they are still pricey (Makerbot, the maker of the most popular 3D printers cheapest product is $749), and not an option for most. Amazon’s store gives companies who have been restricted to selling items on their websites and Etsy another outlet to reach customers. It also gives you unprecedented access to make bobbleheads that resemble your friends.

Photo via Geekubator (CC BY SA 2.0) | remix by Jason Reed