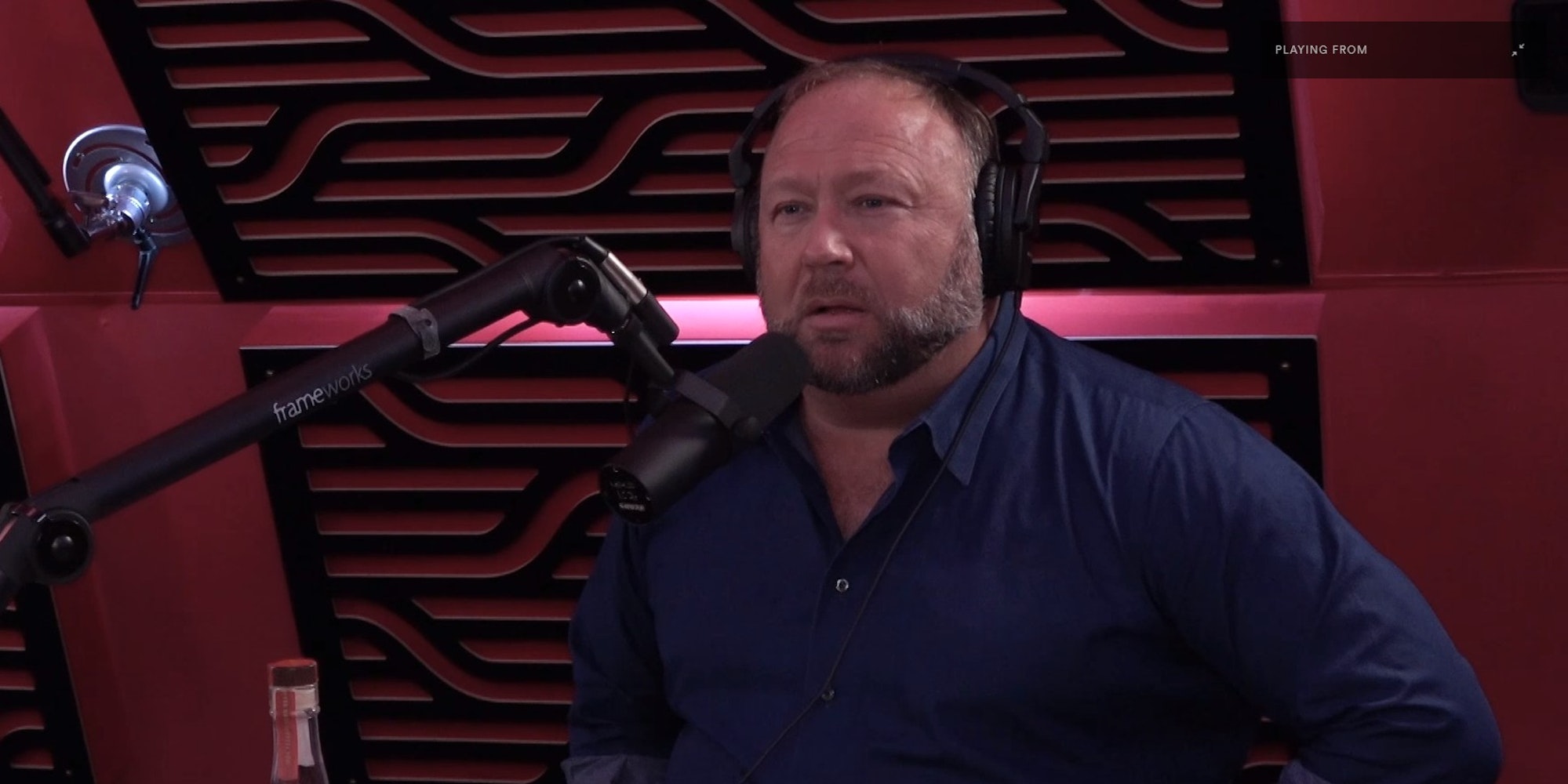 Everyone's mad at Spotify, but almost no one's pointing a finger at YouTube.

Right-wing conspiracy theorist Alex Jones has been banned by all major platforms. Twitter, iTunes, YouTube, Apple, Facebook, PayPal, and Spotify have banished him and InfoWars to the obscure corners of the internet for espousing hate speech, disinformation, and anti-Semitism. They’ve even banned his lookalike channels, too.