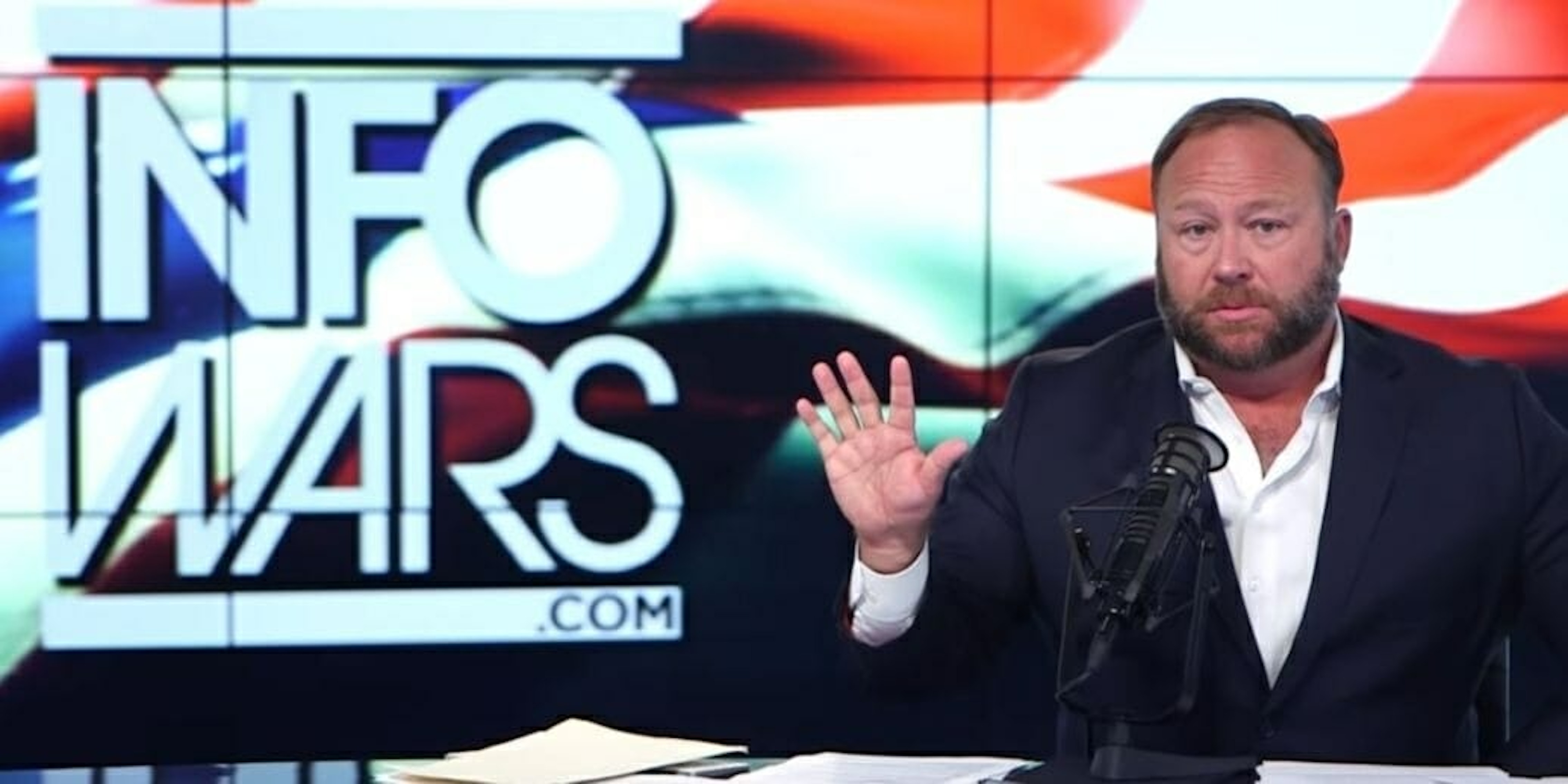 Other tech companies have done the same in recent weeks.

All of the episodes from five of six podcasts hosted by InfoWars on iTunes were taken down, BuzzFeed News reported on Sunday, including the “War Room” show and “Alex Jones Show.” The shows were removed from iTunes because of its hate speech guidelines, Apple told the news outlet in a statement.

In a statement, the social media giant said the pages uploaded content that violated its guidelines.

“All four Pages have been unpublished for repeated violations of Community Standards and accumulating too many strikes,” the company said in a statement. “While much of the discussion around Infowars has been related to false news, which is a serious issue that we are working to address by demoting links marked wrong by fact checkers and suggesting additional content, none of the violations that spurred today’s removals were related to this.”

In response, InfoWars wrote that the removal of the pages was a “shocking intensification of Big Tech’s censorship purge.”

Paul Joseph Watson, who wrote about the removal on InfoWars, also called it part of a “culture war” in a tweet on Monday morning.

Infowars was widely credited with playing a key role in getting Trump elected.

This is a co-ordinated move ahead of the mid-terms to help Democrats.

This is political censorship.

The moves from Apple and Facebook come on the heels of a number of other clampdowns on content created by Jones and InfoWars.

Last week Spotify removed “specific episodes” of Jones’s podcast because of reports of “hate content” and Facebook had previously banned the host for 30 days for violating community standards. Today, Spotify announced it was removing Jones from the platform entirely.

YouTube has also penalized the host by giving them a strike–which bars the channel from broadcasting livestreams for 90 days.

Update 11:27am CT, Aug. 6: As of Monday afternoon, the channels for the “Alex Jones Channel” and InfoWars appear to have been taken down.

Notices on the pages say the accounts were “terminated” for violating YouTube and Google’s terms of service.

When reached, a YouTube spokesperson responded with the following statement.