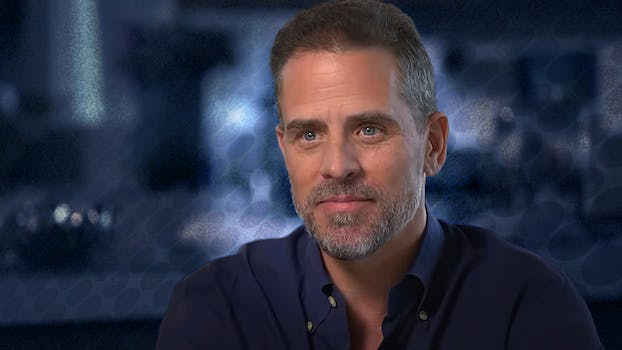 The story surrounding the alleged laptop of Hunter Biden, the son of Democratic presidential nominee Joe Biden, has become the new Pizzagate—only this time, the conspiracy theory is being promoted not from the depths of 4chan, but by mainline conservatives.

Since the New York Post published what it claimed were emails written by Hunter last week, theories surrounding the alleged laptop have spiraled into increasingly conspiratorial territory.

The laptop, which was supposedly dropped off at a computer repair shop in Delaware and never picked back up, is now alleged to contain videos of Hunter torturing and abusing underage Chinese girls. It’s implausible, unlikely, and has not been proven. So where did this theory originate?

Questions regarding the laptop’s origins have existed since the beginning. The computer repairman who came into possession of the laptop claims to have given it to the FBI—but not before giving a copy of the hard drive to the lawyer of former New York City Mayor Rudy Giuliani.

The Post says it was alerted to the laptop by none other than former White House advisor Steve Bannon before Giuliani, the personal lawyer to President Donald Trump, handed over the data.

But the computer repairman, a pro-Trump conspiracy theorist himself, admits he didn’t actually see Hunter drop off the laptop and has struggled to keep his story straight.

The alleged emails are also presented by the Post in pdf and image form, not in the actual email format that would be needed to help verify their authenticity. Although some of the laptop’s alleged contents appear to be legitimate, such as numerous private photos of Hunter, the rest of the data remains in question.

Giuliani’s ties to the story also raise red flags given that U.S. intelligence agencies reportedly warned Trump last year that Russian intelligence officers were attempting to feed Giuliani disinformation in an effort to harm Biden’s presidential run. Former National Security Advisor John Bolton even reportedly went as far as to warn his staff to steer clear of Giuliani as a result.

While no public evidence at this time suggests the laptop is linked to a foreign intelligence operation, numerous media outlets, including Fox News, turned the story down after being approached by Giuliani due to concerns regarding its credibility.

As reported by the New York Times, Giuliani ultimately offered the data up to the Post because “either nobody else would take it, or if they took it, they would spend all the time they could to try to contradict it before they put it out.”

Even after being accepted by the Post, however, the story continued to receive pushback. The Post’s first story on Hunter is said to have largely been written by an employee who refused to have his name added to the piece due to verification and credibility issues.

The expanding number of issues with the story has done little to deter conservatives, who believe the allegations against Hunter are key to defeating Biden in November.

The story has since taken a dark turn and has seemingly morphed into its own updated version of Pizzagate, the conspiracy theory that led one man to open fire inside a Washington, D.C. pizzeria that he believed was operating a Democrat-run child sex trafficking ring.

Over the weekend, claims began spreading on sites such as 4chan that Hunter’s laptop contained child pornography.

The story took off after a 4chan user alleging to be Chanel Rion, the White House correspondent for the rabidly pro-Trump One America News Network (OANN), claimed that evidence of Hunter engaging in pedophilia was set to be revealed.

Despite Rion stating on Twitter that the anonymous post was not made by her, the incident helped launch a tidal wave of conspiratorial claims online. It wasn’t long before prominent conservative figures were repeating the claim on social media.

In a tweet on Sunday, conservative radio host and noted conspiracy theorist Wayne Allyn Root repeated the claim to his more than 100,000 followers. Root claims “sources” revealed to him that the videos on the laptop show “Hunter raping & torturing little Chinese children.”

The tweet, which concludes that the elder Biden is unelectable due to being compromised and blackmailed, has been shared more than 38,000 times.

The claim eventually made its way to Fox News, where host Maria Bartiromo repeated the allegation that the laptop could contain child pornography during an interview with Sen. Ron Johnson (R-Wisc.).

The allegation appears to be a combination of two prominent conspiracy theories tied to Pizzagate. One, known as FrazzleDrip, alleged that video existed on the dark web showing former Democratic presidential nominee Hillary Clinton and her campaign aide Huma Abedin torturing a child. The second surrounded the laptop of disgraced politician Anthony Weiner, which conspiracy theorists claimed was filled with similar exploitive material that ultimately led Clinton to murder numerous New York City police officers in an effort to keep the contents from becoming public.

While such conspiracies were largely ignored by the conservative mainstream back then—also right before an election—the Hunter laptop allegations come at a time when such outlandish theories are commonplace in prominent right-wing circles.

With the emergence of QAnon—the theory that a secret military intelligence insider named “Q” is dropping hints online regarding a secret battle between Trump and a Democrat-run, child-eating, pedophile ring—conservatives are more ready than ever to believe the evidence-free claims that Hunter is a pedophile.

Even though the computer repairman who first obtained the laptop stated last week that no content related to child abuse existed on the device, the allegation has slowly become the focus of the entire laptop saga.

Much like QAnon, which continues to thrive despite an endless stream of failed predictions, the most conspiratorial claims regarding the Biden laptop story will live on in conservative lore well past the election.