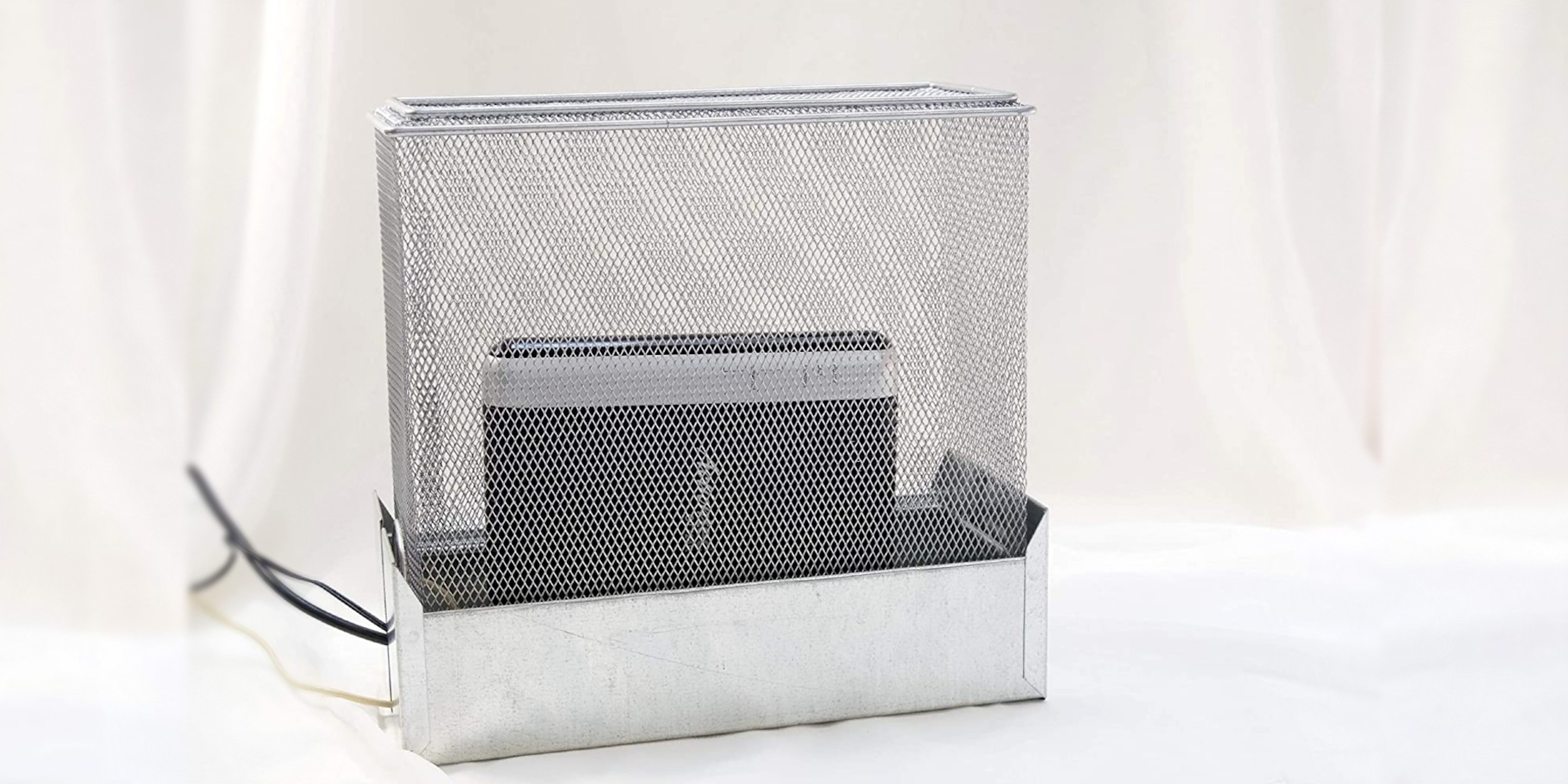 Customers are mad that the product weakens their Wi-Fi even though that is the entire point.

Conspiracy theorists are buying shields for their Wi-Fi routers in the hopes of blocking what they believe to be deadly 5G signals in their homes.

But there’s just one problem: customers seem to be unaware that the router shield, which is specifically designed to block electromagnetic frequencies (EMF), significantly diminishes their Wi-Fi signal strength.

“Someone on Amazon is making money off 5G conspiracy theorists by selling a $90 ‘EMF blocker’ for WiFi routers,” Hutchins wrote. “The best part is the reviews complaining that it reduced their WiFi signal.”

While there are practical uses for EMF-blocking tools, including the use of Faraday cages in the military to protect sensitive equipment, conspiracy theorists have long expressed interest in such products over the belief that Wi-Fi and 5G signals are inherently harmful to humans.

Although experts have debunked claims surrounding the alleged dangers, the technology has spurred countless conspiracy theorists across the globe to set 5G towers on fire over the belief that they are responsible for the coronavirus pandemic.

And despite some routers using a 5GHz signal, routers do not even use 5G cellular technology to begin with. Although routers do give off EMF and can use a 5GHz frequency band, it is not the same as mobile 5G, which simply refers to the fifth generation of broadband cellular network technology.

Purchasers of the router shield, however, are confused and dismayed that the item is working as intended. In a series of 1-star reviews, users complained that the reach of their Wi-Fi had been negatively affected.

“The box does work at keeping radiation in but also WiFi will not work unless your [sic] in same room as router!” the reviewer said. “It decreases the signal by 90%!! We really wanted to like it but it was impossible to use our phones in any other room of the house.”

Other users claimed the opposite, alleging that the router guard failed to adequately reduce EMF signals.

“I feel completely duped. Against my better judgment I ordered this thing as it was recommended by multiple websites and blogs I trusted,” another reviewer said. “I have a meter to measure this sort of radiation and found my skepticism to be well warranted. IT DOES ABSOLUTELY NOTHING TO REDUCE RADIATION.”

Dong Ngo, an IT expert who was known as the “router guy” during his time as a tech writer at CNET, told the Daily Dot that EMF-blockers in relation to Wi-Fi is totally “nonsensical.”

“It’s like wearing a layer of fabric in your shower so that the water won’t hit you too hard or be too hot, which you can just do by turning down the pressure and the heat with the nobs,” Ngo said.

In a statement to the Daily Dot, a representative with Safety First Shields defended its product by strangely pointing out the fact that Wi-Fi signals weaken with distance even without a Router Guard.

The Daily Dot did not receive a reply, however, after asking why the product specifically referenced 5G when routers do not use 5G technology.