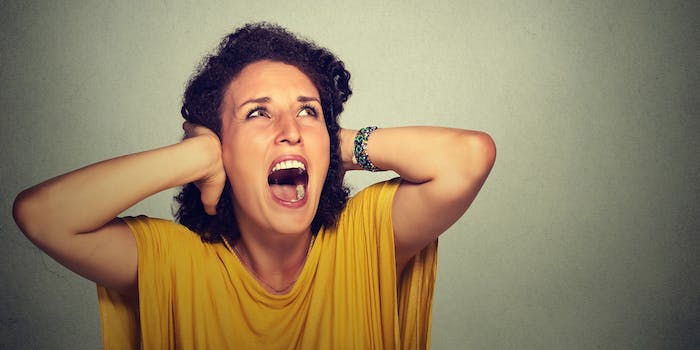 Americans to politics: Just shut the hell up already

A survey from Pew Research released on Thursday found that a majority of Americans (59 percent) are “exhausted” by coverage of the 2016 election. That number jumps to 69 percent among those who do not follow the election closely.

Not everyone is sick and tired of hearing about Donald Trump and Hillary Clinton—only 41 percent of those who follow the election regularly said they are—and an earlier Pew report found Americans were more engaged in this election than in years past. But still, ugh.

The balance begins to shift when we get to candidates’ “moral character,” Pew found, with 34 percent saying this topic gets too little coverage compared to 30 percent who say it’s over-covered. Candidates’ experience and their stances on issues were also seen as receiving too little coverage by a larger portion of respondents from both parties than those who think these topics receive too much attention from the media. 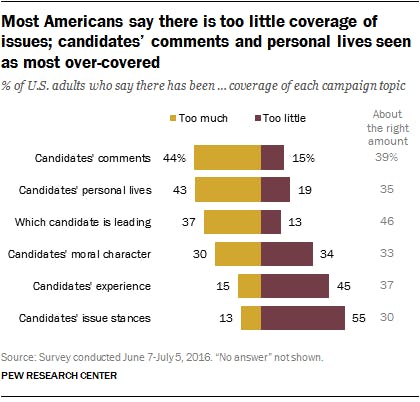 While most people think the media focuses too much on the horserace and not enough on important policy stances, views on experience coverage have a stark partisan slant. Among Republicans, just 36 percent said a candidates’ experience should receive more coverage, compared to 53 percent of Democrats who said the same. Of course, Trump, a businessman with no previous political experience, is the presumptive Republican nominee set to challenge Clinton, a Democrat, who has served as first lady, U.S. senator, and secretary of state over a political career that spans decades—for better or worse. 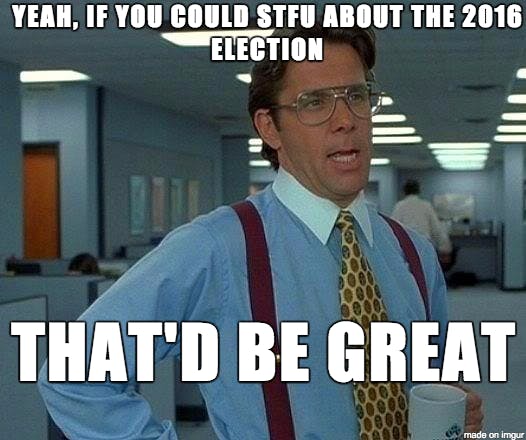 Regardless of what anyone wants, election coverage will not end anytime soon—or at least not soon enough for most Americans. There are 116 days left until Election Day on Nov. 8, as of this writing—there may not be enough Pokémon left to catch to keep us properly distracted.

Although, to be fair, we’re already getting sick of that, too.