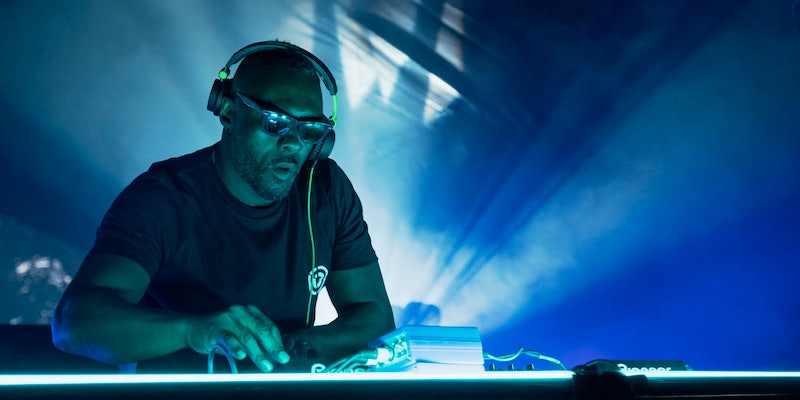 Idris Elba has the ability to draw you into his performance no matter what his role is. He’s played an apocalypse-canceling leader facing giant monsters and a genius detective, he’s voiced a buffalo and a tiger, and he’s portrayed a legendary Asgardian in an expansive universe. (And 007? Maybe, but probably not!) So it’s a shame that as Elba takes on another genre in Turn Up Charlie, his charm can’t save the series from its own lazy comedic tropes.

RELEASE DATE: 3/15/2019
CREATORS: Idris Elba and Gary Reich
STREAMING: Netflix
A washed-up DJ gets a second chance to chase his dream after his famous friends ask him to become their daughter’s nanny.

Created by Elba and Gary Reich, Turn Up Charlie is at least partially a self-indulgent series for Elba; he’s a DJ in his own right. (Elba is performing at Coachella this year and DJ’d Prince Harry and Megan Markle’s wedding last year.) Here, he plays commitment-phobic DJ Charlie, who’s decades removed from his biggest hit and lives with his aunt (and his friend who crashes there). He constantly lies to his parents about both his success and his relationship; they’re still under the impression that he’s with a woman who dumped him and is marrying someone else. DJ gigs are hard to come by, so he’ll take whatever he can get—even if it’s a friend’s wedding where nobody is paying him any attention.

Charlie soon runs into his childhood friend and actor David (J.J. Feild), who moves back to London with his partner Sara (Piper Perabo), a world-famous DJ, and their 11-year-old daughter Gabrielle (Frankie Hervey). David proposes that Charlie be Gabs’ nanny (and yes, the word “manny” is used more than once in this show) after she drives the latest one away. Charlie, who believes that this could lead to a second chance at fame, takes it.

In many of the scenes where Elba’s titular Charlie gets the chance to spin and remix music onstage, he looks like he’s having the time of his life, even if it doesn’t always play out that way for the viewer. Charlie’s career relaunch provides several good character moments, but his dream-chasing efforts are often dull and riddled with outdated clichés and scenarios that you’d expect to find in an older show than this. Given the right amount of tinkering with the tropes at hand, the set pieces at the forefront of Turn Up Charlie could have turned into something great. Instead, much of the show plays out exactly how you would expect, feeling as dated as Charlie’s DJ gear.

It’s apparent from the first episode exactly why Gabs acts out toward all of her previous nannies, Charlie, and her parents. David and Sara’s unhappiness with their move to London, their careers, and each other takes precedence over their own daughter. It takes a while to warm up to Gabs, even though the show wants you to be sympathetic toward her. Charlie and Gabs, who have one of the better-developed relationships on the show, hit that note particularly well almost midway through the season. Charlie himself mostly coasts on charm, continuing to get second chances even though the show gives little reason for the characters to give them to him, other than he’s a nice guy. The show is especially interested in Charlie’s career, with much of what he started the show with being little more than an afterthought.

Even some of the scenarios themselves hinge on what we’ve already seen play out time and again without adding anything else to the mix. Several characters withhold information from others to their own detriment. In one particularly cringeworthy sequence, a character acts like a full-blown stereotype from a ’90s or early-’00s sitcom, not a comedy series debuting in 2019.

Elba is committed to selling you on Turn Up Charlie, and as he proves, he’s got comedic chops. While he would be great in more comedies, this isn’t the right one.