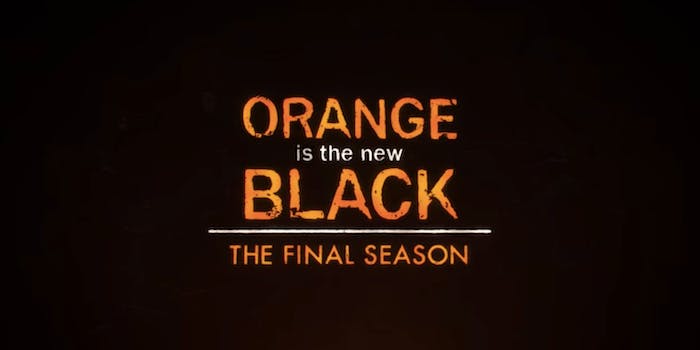 The fund will support eight nonprofits.

Orange Is the New Black is ending on a high note.

The critically acclaimed Netflix series just launched its seventh and final season, and creators have also launched something else: The Poussey Washington Fund, which aims to highlight eight nonprofit groups that focus on criminal justice reform.

The fund was named after the fan-favorite character who was tragically killed by a police officer in a season 4, and hopes to also push for policy reform and support groups that call for an end to mass incarceration.

“Poussey Washington may have been a fictional character created for television, but her life’s story and devastating fate is all too real for many women in this country,” the description on the crowdfunding initiative says.

The eight groups benefiting from the fund are: A New Way of Life, which seeks to help women rebuild their lives after prison; Anti Recidivism Coalition, which advocates for a fairer criminal justice system; College Community Fellowship, which helps formally convicted women earn college degrees; Freedom For Immigrants and Immigrants Defenders Law Center, which both support those in immigration detention; National Council for the Incarcerated and Formerly Incarcerated Women and Girls, which seeks to end the incarceration of women and girls; unPrison Project, which seeks to empower women and girls who are incarcerated; and Women’s Prison Association, which works with women throughout all stages of the criminal justice process.

In the final season of the show, Taystee (Danielle Brooks) launches a fictional version of the Poussey Washington Fund, so creators wanted to do the same in the real world.

“Through the Poussey Washington Fund, our characters can live on and continue to make an impact after the show has come to an end,” Kohan said. “Taystee recognized an opportunity to make a difference for her fellow inmates, and we saw no reason why we couldn’t launch our own initiative to have an effect in the real world.”

The final season can be streamed on Netflix.