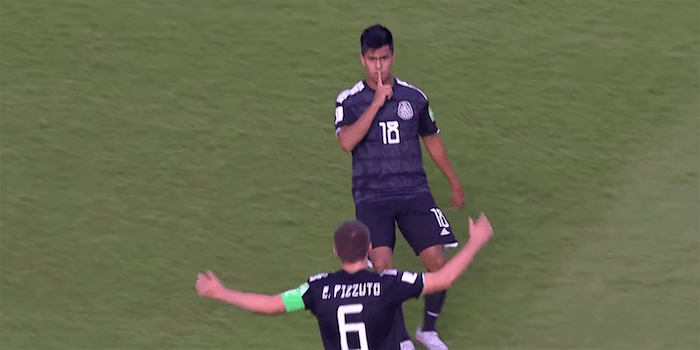 How to stream Mexico vs. Brazil live in the U-17 World Cup final

See the future on Sunday as Mexico and Brazil's U-17s face off for a title.

Mexico’s youth movement is looking strong—especially Efrain Alvarez, the L.A. Galaxy midfielder who could end up as part of the U.S. men’s national team. It’s looking a little less likely after Thursday, though: Alvarez provided the heroics that led Mexico past the Netherlands in a wild U-17 World Cup semifinal match.

Now, it’s on to the final, where El Tri faces host Brazil. Here’s everything you need to know to stream Mexico vs. Brazil in the U-17 FIFA World Cup finals.

Mexico vs. Brazil live stream: How to watch U-17 World Cup matches

The match is on FS2 and Telemundo; these streaming services provide fans the opportunity to catch all the U-17 World Cup tournament action.

If you’ve turned to AT&T for your wireless service, you have instant access to AT&T TV Now. The streaming service includes local channels, free HBO on the PLUS and MAX channel suites, and Cloud DVR good for 20 hours of TV per month. And it’s got the ESPN and FOX channels, plus NBC, NBCSN, and Telemundo, taking care of most viewers’ soccer needs. One account works on two devices, but you can add more devices for only $5.

Mexico vs. Brazil: What t0 watch for in the U-17 World Cup final

Efrain Alvarez had an amazing free-kick goal to equalize late for El Tri on Thursday in the U-17 World Cup, and then goalkeeper Eduardo Garcia Mendoza saved three penalty kicks to allow Mexico to emerge from a six-player deep PK sequence as the winners.

Brazil got past France 3-2 in its semifinal match to land here. France actually got up 2-0 on the hosts within 15 minutes, but Brazil found three goals in the last half hour to secure its place against Mexico.

While the players here are mostly still a World Cup cycle away from greatness, this is a great opportunity to see how these two powerhouses might stack up for the North American-hosted World Cup 2026. Some of the players featured on Sunday might be headed to that tournament.