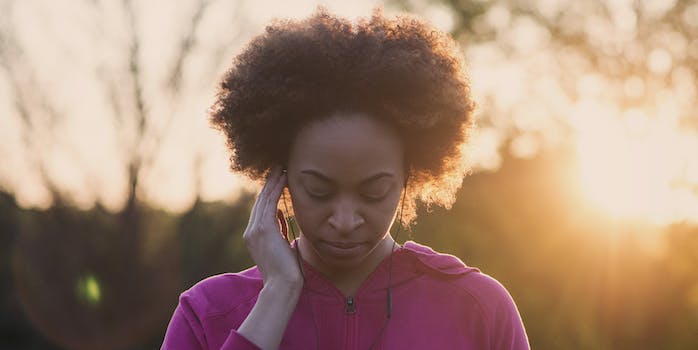 The best music streaming apps of 2019

Which one is right for you?

Fifteen years ago, Rhapsody was the only name that mattered in streaming music. Today, Rhapsody is owned by Napster, and both services have been reduced to footnotes in internet history. In their wake, there’s a battle being waged for streaming supremacy—one that unlocks a library of 50 million songs right from your pocket.

Some artists are exclusive to certain services, most notably Jay-Z on Tidal, a service he is heavily invested in, but the days of exclusive releases appear to be coming to an end. While in 2016, Beyoncé’s Lemonade, Drake’s View, and Kanye West’s The Life of Pablo brought massive attention to individual services like Apple Music and Tidal, we haven’t seen that strategy replicated successfully this year.

That means that for most listeners, the battle between these companies comes down to ease of use and features. Each one handles radio and playlists a little differently. Here’s what you know, and how each service stacks up against the presumed favorite: Spotify.

The best music streaming services of 2019 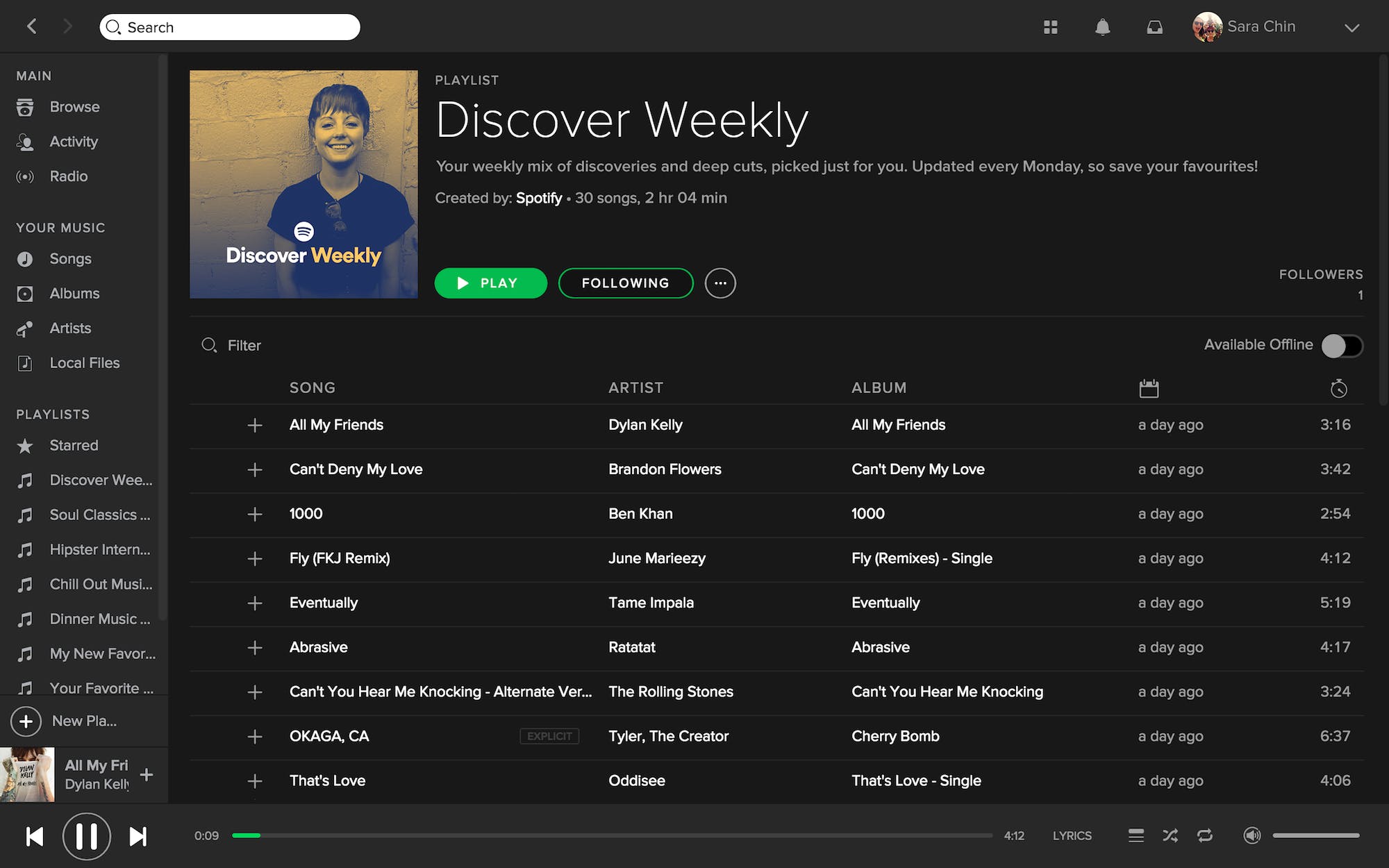 Catalog: Over 30 million songs, along with podcasts and music videos. While it doesn’t have many exclusive releases, Spotify has curated live sessions available called Spotify Singles where major artists record a few tracks specifically for the service.

How can I stream it? In addition to its desktop computer apps, Spotify has apps for iOS, Android, and Windows phones, PlayStation 3 and 4, Roku, TiVo, Sonos, Amazon Fire TV, and many smart TVs.

Features: Spotify has one of the best interfaces in the streaming world. It’s easy to understand with vast playlist options for any mood you could imagine. Looking for dance tracks? The Discover Weekly playlist updates each week with new suggestions of artists to check out based on your listening habits. It’s like having a friend who recommends new bands to you every week. Beyond its playlists, Spotify Premium allows you to download albums, tracks, and playlists directly to your smartphone for offline listening.

Downsides: The free radio option has a lot of ads. If you want to use Spotify, we suggest paying for it.

Catalog: Over 30 million tracks, plus access to music videos. iTunes already has a deep well of podcasts, but not in the Apple Music app. Apple Music also features curated and smart playlists, as well as exclusive video content.

How can I stream it? Apple Music can be streamed on desktops via iTunes, on Apple TV, or on smartphones via iOS and Android apps.

Features: Now that Apple Music is moving away from exclusive albums, Beats 1 Radio is its biggest selling point. Unlike Pandora, which uses algorithms to select what you hear, Beats 1 is styled after actual radio, with live DJs programing the playlists. And these aren’t just any DJs. Apple has taken incredible care to populate these channels with tastemakers from across the musical landscape, including Zane Lowe, who left BBC 1 to join Beats, rap radio icon Ebro Daren, and even Drake on the OVO Sound Radio station.

Apple Music still has exclusives, but they currently largely come in the form of video content that’s a mix of produced videos and live footage. In July 2016, the company released Kygo: Stole The Show, an original documentary following the rise of EDM star Kygo, and recently streamed a special live performance from Arcade Fire debuting the band’s new album Everything Now the day before it was released. Apple has plans to bring full shows and productions to Apple Music in the future, investing heavily in the idea that video will be a large part of its success.

Apple Music allows you to download albums, tracks, and playlists directly to your smartphone for offline listening. It’s nice to be able to listen to as much music as you want without using up your data.

Spotify vs Apple Music: If all you want to do is listen to albums, Apple Music has the same catalog as other people. No free option.

Catalog: 30 million tracks, with a few continued exclusives. Jay-Z’s records are only available on Tidal, along withBeyoncé’s Lemonade visual album.

How can I stream it: Tidal has a Windows app and a web player for desktop streaming. Smartphone users can stream it on iOS and Android. Also, the service offers apps for Sonos, Xbox 360, and TiVo. Some smart TVs, including those made by  Samsung and LG, also support the service.

Features: With the well of album exclusives drying up, Tidal is making its bones with exclusive podcasts, playlists, and video content. Tidal regularly debuts new music videos from rising rap acts like Joey Bada$$ along with footage from live events and behind-the-scenes documentaries. Tidal also features an abundance of celebrity playlists. If you have incredible headphones, you might be able to appreciate the difference in the quality of Tidal’s lossless $20 a month options. Tidal allows you to download albums, tracks, and playlists directly to your smartphone for offline listening.

Spotify vs Tidal: Tidal mostly sets itself apart with its lossless audio option, but that’s $10 a month more than everyone else and requires expensive headphones to enjoy really. Lossless files take up a lot of space on your phone if you listen offline and would eat your data if you streamed them with Wi-Fi. Its catalog of exclusives is only exciting if you like rap music or EDM, and it’s diminishing.

Catalog: Pandora has the same 30 million songs as everyone else with no exclusives to note, but that doesn’t mean you’ll hear as many songs. In fact, Pandora takes pride in that. In an interview with Variety in 2017, CPO Chris Phillips explained, “We have access to the same music, but we are applying curation.” Pandora is less likely to play you filler tracks that might pop up on other services and more likely to stick to the hits.

How can I stream it: Pandora offers a host of options for streaming, which has helped its popularity. You can download apps for Android, iOS, Windows Phone, Sonos, PlayStation, Xbox, Kindle Fire, and Nook (remember Nook?). Pandora is also available on a range of smart TVs, Blueray players, home audio setups and smart TVs. You can find a complete list here.

Features: Because Pandora built its fanbase as a streaming radio service, it has some of the best playlists out there. If you play Bruce Springsteen radio by the end of an hour, you’ll have discovered a few new favorites along with hearing the Boss songs you love. Country music is a particularly strong suit, with 69 percent of its listeners subscribing to its Today’s Country station. Pandora’s new Sounds Like You feature, which features exclusive tracks and playlists by artists, is heavily country-focused, though it also features rap and pop acts like Halsey and Big Sean.

Here’s the thing, though: If you use Pandora’s radio stations regularly you’ll eventually end up with a perfect radio station for your tastes. Giving users the ability to like and dislike tracks allows Pandora’s algorithms to better understand your tastes, whether you only listen to punk, country, rap, or free jazz. Pandora is also the cheapest service out there, though if you want to listen to on-demand albums, you’ll be paying the same $9.99 price as everyone else.

Pandora does feature an offline mode, but it only allows you to download up to three of your most listened to stations. This feature is only available for Pandora Plus subscribers.

Spotify vs Pandora: Pandora is designed more for internet radio than it is album streaming. It’s also deeply beholden to what you like, making discovering new music harder than more broadly focused services. If you want to find something on Pandora, you have to know to look for it. But with Spotify’s Radio feature getting better and better, it’s hard to see a future for Pandora.

Catalog: Amazon says it has tens of millions of songs. Its list of indie music and pre-major label rap may be weak, but if you just listen to major label artists, you probably won’t notice.

How can I stream it: Apps are available to stream Amazon Music Unlimited on iOS, Android, Mac and PC, Amazon Echo, and Fire TV. You can also stream on home entertainment systems like Roku and Sonos.

Features: What Amazon calls expertly curated playlists. I’ve used them, and they’re good, though they rarely feel as perfect as those on Spotify, Pandora, and Apple Music. If you’re listening on an Amazon device like the Echo, Amazon Fire TV, or Amazon Tap, you can listen to music using Alexa voice control, which is fantastic. Being able to say “play me the new Florida Georgia Line song” and having it automatically play what you want feels like magic, especially if you’re working and your hands are busy. You can also ask Alexa to play music that matches a mood or situation, like a dinner party or going to sleep.

Albums on the service can be downloaded for offline listening. This feature is available on Amazon Music for Android, iOS, and Fire tablets.

Catalog: 30 million tracks, with files that have slightly better sound quality (320 Kps MP3s) than Apple (256 Kps AACs files) or Spotify (320 Kbps OGGs). Otherwise, Google Play Unlimited’s catalog ranks alongside Spotify’s regarding quality, down to the ability to download and stream podcasts from the service.

How can I stream it: At the moment you can only stream Google Play Music via an iOS or Android app, a web player, or via Sonos or Chromecast.

Features: Google Play Music’s service works at both a streaming service, a place to stream your music, and store. You can buy albums, download streaming for offline listening, or upload up to 50,000 of your songs from your computer for online streaming. If you’ve spent years building your playlists, it’s nice to be able to take them along with you in the form of your uploaded songs.

As we mentioned above, Google Play Music has higher quality audio than Apple or Spotify, though if you’re not rocking good headphones, you most likely won’t notice the subtleties. If you’ve downloaded Google’s Sound Search App, which listens to a playing song and identifies it, Google Play Music can take that data and save the track for you for later.

Google Play Music allows you to download albums, tracks, and playlists directly to your smartphone for offline listening.

Spotify vs Google Play Music: If all you care about are albums, Google Play Music has the same options as everyone else, though the YouTube Red option makes it easy to pull up anything you want from YouTube.