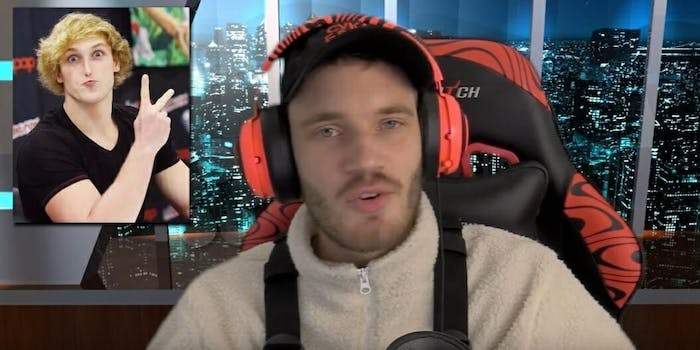 PewDiePie is still making millions, though.

YouTube’s most popular vlogger says he’s not making enough money on the platform.

In a video released Wednesday, PewDiePie, who has 62 million subscribers, said he’s basically a hat salesman these days because of his decreased earnings.

“Honestly, legit, I am making more on selling these hats this month than I’m making on ad revenue, despite uploading daily content,” he said. “Do you understand how bad ad revenue is? I might as well not even call myself a YouTuber, I’m a hat merch, I’m a hat salesman, at this point. That is my profession.

“I really want to thank YouTube for having such a great way of monetizing on their platform. It’s wonderful. I am so thankful.”

PewDiePie, whose real name is Felix Kjellberg, has been caught in plenty of controversies that haven’t helped his earning potential. He’s uploaded multiple videos where he’s used anti-Semitic imagery and made anti-Semitic jokes—Disney cut ties with him for that, and YouTube canceled his YouTube Red series—and he casually dropped a racial slur while livestreaming last year. He’s apologized for those mistakes.

While discussing Logan Paul’s recent decision to end his daily vlog, PewDiePie said he understood Paul’s viewpoint. Paul’s ad revenue was basically cut in half after YouTube dropped him from the Google Preferred program because he filmed and posted a video of a dead body while in Japan. Paul is also focusing more of his time livestreaming Fortnite on Twitch, and he said he’s set to start a new podcast and participate in more comedy sketches.

Correction: As PewDiePie pointed out in a video, a previous version of this story contained a typo.