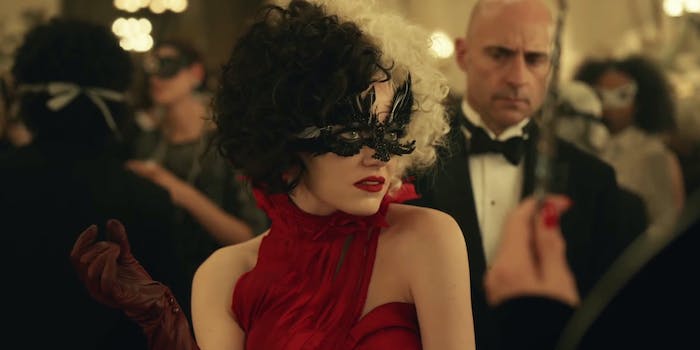 How to stream ‘Cruella’

Cruella de Vil is is so crazy about fashion, it’s driven her batty over the years. But before she began skinning wild game for her summer line, Estella de Vil was a scrappy underdog. That pun is heavily intended. Set in the punk era of the 1970s, Cruella documents the rise of one of Disney’s most iconic villains.

Estella de Vil is a bit of a drifter. Her upbringings are far flung from opulent. All she knows is she wants to make it to the top of the fashion industry. Scruples? Doesn’t have any. In fact, she’s already making friends with underworld rogues. Her familiar flunkies Jasper and Horace are going to help do some of the dirty work in building Estella’s fashion empire.

Here’s everything you need to know to stream Cruella.

Where to stream Cruella

Cruella will release in theaters on Friday, May 28. However, Disney+ subscribers can pay a $29.99 premium to watch the movie at home. If this price is objectionable, you can wait a few months. Like past premier release, it will be available free on Disney Plus proper.

Cruella is available to stream on Disney Plus. The celebrated Disney streaming service is available alone, or through a bundle with Hulu and ESPN+ for only $12.99 a month. However, to watch Cruella you will have to pay an extra one-time $29.99 to gain premier access to the film. Not only can you stream Cruella, but just about every other piece 101 Dalmatians fandom including the live-action and animated movies.