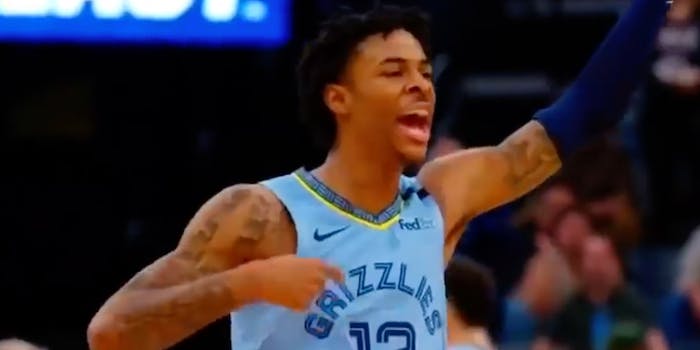 How to stream Lakers vs. Grizzlies live on NBA League Pass

If the playoffs started today, this would be a first round matchup.

The upstart Memphis Grizzlies and the Western Conference-leading Los Angeles Lakers will lock horns Friday night in what could be a preview of an intriguing first-round playoff matchup.

LeBron James continues to play at an MVP level in his 17th season, averaging 25.0 points, 7.8 rebounds, and a league-leading 10.8 assists per game. Defensive Player of the Year candidate Anthony Davis has proven to be an ideal complement to LeBron, leading the Lakers in scoring with 26.6 points per game.

Memphis is currently sitting eighth in the West, and hope to hold off the Portland Trail Blazers, San Antonio Spurs, and the Zion Williamson-led New Orleans Pelicans. The electric Ja Morant, who was selected second behind Williamson, is the surefire leader for Rookie of the Year.

Aside from Morant, the Grizzlies have talent along the frontline, in second-year player Jaren Jackson Jr. and rookie Brandon Clarke. (The 20-year-old Jackson’s development, in particular, is one to watch over the next few years.)

Memphis Grizzlies vs. Los Angeles Lakers: What to watch for

If the playoffs started today, the Lakers would host the Grizzlies. It likely would not be a long-lasting affair, given Memphis’ youth, inexperience, and lack of high-end depth. However, it would provide a youthful and energetic team playoff experience that would serve them in future post-season trips.

The Lakers, of course, have been dominant for most of the season, and currently lead the West. But how they’ve accomplished their record, particularly against Western Conference foes, is critical. Their 23-4 away record suggests the Lake Show can be taken on the road with little worry.