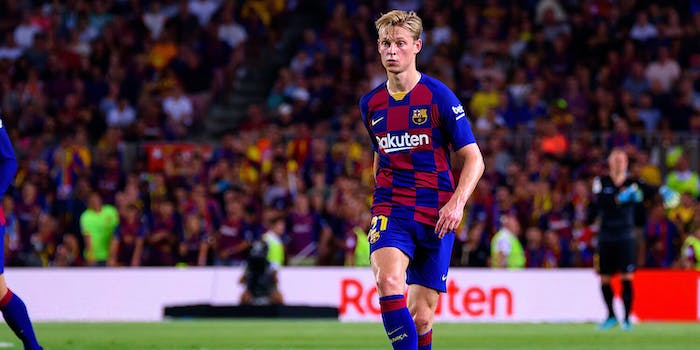 How to stream Barcelona vs. Atletico Madrid in the Supercopa de Espana

The Supercopa de España was, not so long ago, an annual head-to-head match between two of Spain’s top teams to kick off the season every August. It’s now morphed into a midseason four-team tournament that’s hosted in Saudi Arabia. While there are ongoing title races and tournaments fans of these teams are following, the tournament provides the possibility of either an El Clasico or a Madrid Derby in Jeddah on Sunday. It all depends on which team is more up for it: The league-leading Barcelona, or the still-in-the-thick-of-it Atletico Madrid.

Here’s everything you need to know to live stream Barcelona vs. Atletico Madrid, including what to watch for on the pitch.

The match is on ESPN Deportes and ESPN+, providing an easy way to stream Supercopa de España matches.

Barcelona vs. Atletico Madrid: What to watch for

It might not look like the usual Barcelona that’s been starting La Liga week to week, but with injuries being what they are, it’s likely to be a mix of stars and younger players. One key to squad rotation to the Blaugranas: Frenkie de Jong won’t be able to play the next La Liga match after being sent off in the team’s weekend derby against Espanyol. His exit gave Espanyol an opening for a late-game equalizer; the result means that Barca’s now only leading its archrival Real Madrid in the table on goal differential. Also, expect Neto in goal for the injured No. 1, Marc-Andre ter Stegen.

Atletico Madrid bounced back to third place in La Liga with a 2-1 win against Levante on Saturday. Atleti hasn’t dropped a match since it lost to Barcelona 1-0 on Dec. 1. Though Diego Costa and Thomas Lemar remain injured, it’s a fairly full squad that Diego Simeone gets to choose from. Though a win here wouldn’t allow Atleti to gain in the La Liga standings, obviously, it would send a message heading into the 2020 half of the season that Atleti’s still relevant in the title race.