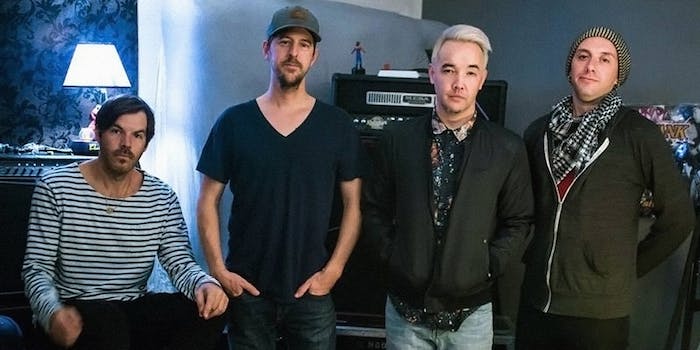 The band takes to Facebook to confirm new music is coming soon.

In these uncertain times, we often find ourselves asking questions without easy answers. How did Nickelback become a form of punishment? Did a Rob Thomas and Carlos Santana meme really make it to the Olympics?

The Killers are a newly minted meme. Smash Mouth persists as one, and its resurgence as a deep well for aspiring remixers might be the most unexpected. As an added bonus the band seems to be actively fighting its meme status. Or does that mean it’s actually embracing it?

Tangled up in all these thoughts about late ’90s/early aughts bands is another big question: What’s going on with Hoobastank, the group behind 2003 power ballad “The Reason”?

They have one pretty good meme, for starters. 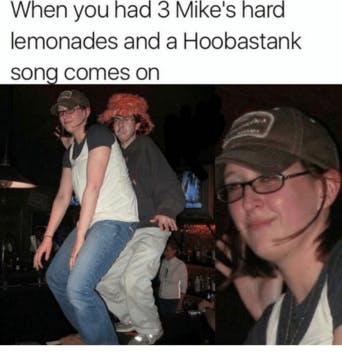 And there was Dan Deacon’s recent #Hoobaprank, which also involved Barenaked Ladies.

Dearest @Hoobastank, The Reason we was talking smack, is we was Out Of Control. We hope this apology is Good Enough. pic.twitter.com/neFupozMmu

In a quest for answers, Upstream editor Ramon Ramirez pulled up Hoobastank’s Facebook page, and we now know the band is in the studio making new music.

@magsandaugspapa getting busy today in between laughing with producer Matt Wallace. #newmusic #hoobastank

While we wait for a new album—the group’s first since 2012—let us revisit the group’s single “Earthsick,” off 1998 album They Sure Don’t Make Basketball Shorts Like They Used To—back when they were Hoobustank. The chorus still resonates in these uncertain times: “Stop the world because I wanna get off.”