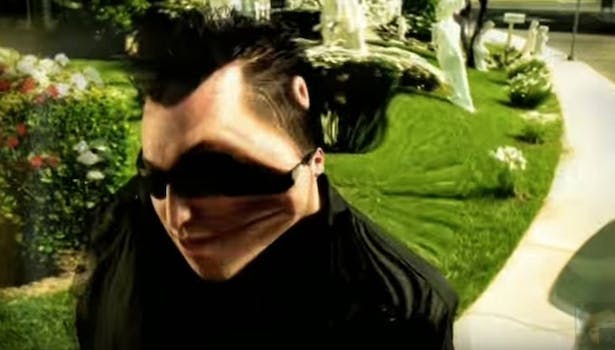 Smash Mouth‘s “All-Star,” the lead single of a pre-9/11 concept album full of optimism and space-age dreams, has a special place in the annals of “bad” songs that everyone of a certain age actually loves. You remember it from Shrek. You remember it from one of the earliest NOW! That’s What I Call Music compilations. But you don’t remember it like this.

A phenomenal remix that’s going around Tumblr changes the tempos on each of the instrumental tracks so that everyone in the band is playing out of sync while Steve Harwell’s lead vocals just keep going at the expected pace. The remix takes all of the song’s shiny Y2K-era pep and slowly disintegrates it—much like the hopes and dreams of the generation that grew up listening to it, lol!

Yeah, it falls apart at the 30-second mark, and the dissonance makes it almost unlistenable by the minute mark. But, as a great poet once said, “only shooting stars break the mo-old.”