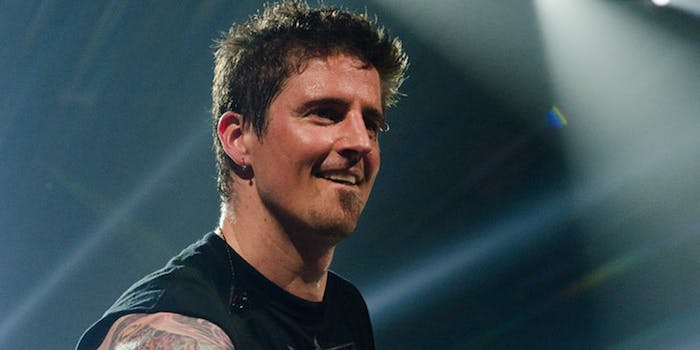 Nickelback is wanted by Australian police for ‘crimes against music’

It's about time these monsters were brought to justice.

Australia, man. It’s kind of like if Florida were its own country. Whether it’s spiders falling from the sky, scientists mistaking microwave signals for alien communications, or stoners looking to score at pro-marijuana rallies, you can bet this place is going to bring the weird.

The nation’s law enforcement officials, in particular, have a taste for irreverence (see: the cops who tweeted an arrested dude’s ridiculous to-do list), as a recent post from the Queensland Police Service demonstrates. Because rock-band-turned-punchline Nickelback were scheduled to kick off a world tour in the vicinity, the department issued a strangely airbrushed poster that claimed the quartet was wanted “for crimes against music.”

Normally you’d want to call emergency services for a burn that bad, but in this case, it’d probably just make things that much worse.