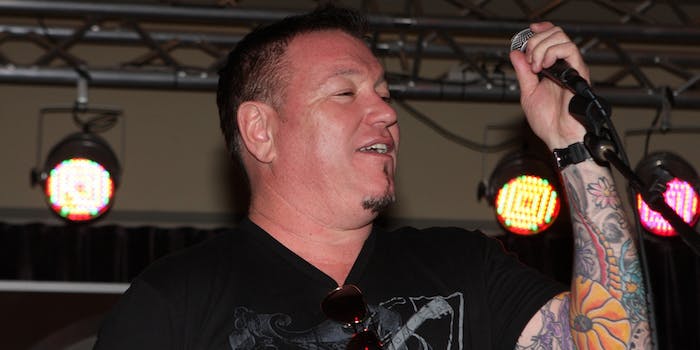 Smash Mouth is at a point in its career where it’s playing food festivals, and on Sunday at the Taste of Fort Collins festival, some brave attendees finally did what we’ve all wanted to do for years.

As the band was attempting to play its insufferable hit “All Star” at the family-friendly event, lead singer Steve Harwell took the opportunity to lash out at an audience member (or members) who’d thrown bread at him. Vendors at the event were apparently giving out free loaves.

“You throw one more piece of shit on the fucking stage, I’m gonna come find your ass,” Harwell said. “And I’m gonna beat your ass.” Harwell then invited the bread-thrower onstage, ostensibly so he could beat their ass without having to find their ass.

Harwell continued lobbing obscenities at the crowd as the band awkwardly riffed the backing track to “All Star,” and to be honest, this new version of the song is an improvement on the original.

Then he jumped into the crowd, but security stepped in. In this clip, you can see several children in the crowd, and this was likely their introduction to the band. Well done!

You could whine about people throwing things at you onstage, or you can handle it like this guy.