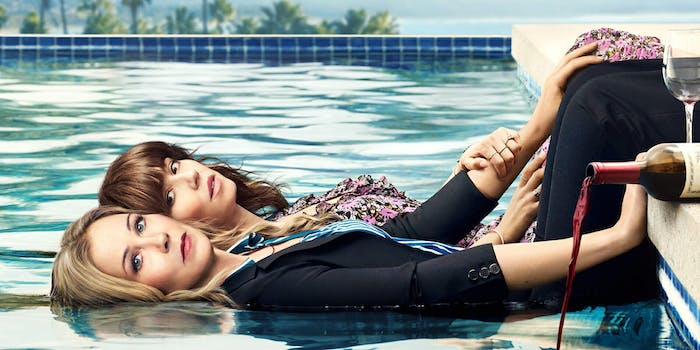 Netflix’s ‘Dead to Me’ is a binge-worthy dramedy

Christina Applegate and Linda Cardellini star in this dark and heartfelt comedy.

In Netflix original series Dead to Me, grief and comedy collide.

RELEASE DATE: 5/3/2019
DIRECTOR: Liz Feldman
STREAMING: Netflix
Jen attempts to come to terms with the death of her husband, right as she meets Judy at a grief support group.

The 10-episode series follows Jen (Christina Applegate) as she attempts to come to terms with the death of her husband Ted in a hit-and-run accident by solving the murder, right as she meets warm and positive Judy (Linda Cardellini) at a grief support group. The two form a fast friendship and team up to find the owner of the car responsible for Ted’s death. 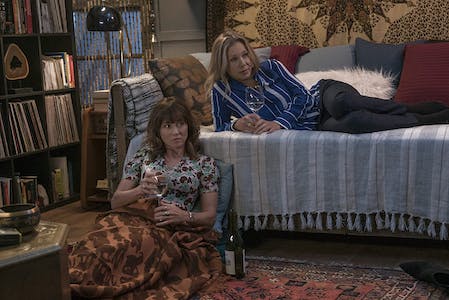 Jen and Judy grow close despite their very different personalities; while Judy, who works a humble job as an art teacher at a nursing home, remains hopeful and avoids conflict at every turn, Jen is a blunt and cynical real estate agent with a major anger issue. They are each other’s yin and yang—their personalities strike a balance and they form a bond over late-night phone conversations, red wine by the pool, Entenmann’s cookies, and—ultimately—their grief. But as Jen’s son, Charlie (Sam McCarthy), points out, Jen and Judy don’t really know each other as well as they wish they did.

Created by Liz Feldman, Dead to Me is a comedy, drama, and thriller all wrapped up into one TV series. The comedic aspects of the series certainly standout, no doubt thanks to the behind-the-scenes work of executive producers Will Ferrell and Adam McKay. Applegate is a pro at delivering dry humor and Cardellini brought back the same zany essence she was known for in Freaks and Geeks. Jen and Judy help each other cope with grief in the way only two people coping with grief can—with dark humor, inappropriate death jokes, and a healthy dose of cynicism about life. Applegate and Cardellini embrace that morbid sense of humor and manage to make viewers laugh about death. 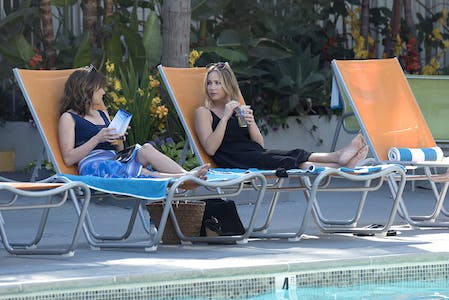 While Dead to Me is peppered with snarky and funny moments, don’t be fooled; it pulls no punches when it comes to emotional moments and digs into true moments of heartache and misery. The series is, after all, still about the aftermath of when your worst nightmare comes true. When a person you love laces up to go running and never comes home. Applegate and Cardellini manage to juggle comedy with tragedy even-handedly and can transition into an emotional breakdown seamlessly. Sometimes, they even succeed at making you laugh while they cry—like when Jen sobs as she blares metal music inside her car to “meditate.”

The most fun part about watching Dead to Me is the twists and turns sewed into the plot, which is why we were careful not to reveal any spoilers in this review. At its heart, the series revolves around a classic whodunnit case and the viewers get to watch Jen inch closer to solving her husband’s death—knowing full well that if Jen finds the culprit, it won’t exactly bring her peace of mind. Each 30-minute episode ends on a cliffhanger, making it an easy series to binge-watch in a weekend.

Dead to Me shows that grief is not a clearcut journey and for every step forward you make, it’s easy to stumble and take three steps back. There are no instructions for how to heal and everyone’s journey to find closure is different. Dead to Me is a story about death, grief, trauma, and—ultimately—guilt.