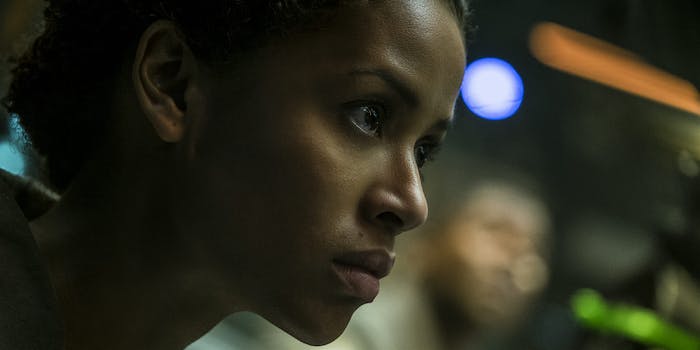 Netflix released The Cloverfield Paradox on Super Bowl Sunday without any promotion or advance screenings. It was an experiment in immediacy, but audience numbers show it wasn’t exactly the hit Netflix had probably hoped for, after reportedly dropping more than $50 million on the film.

According to Nielsen data, the film—the third in the J.J. Abrams-produced series—drew 2.8 million U.S. viewers in the three days after the Super Bowl. That number grew to 5 million across seven days, but it still doesn’t beat Netflix’s Will Smith-led urban fantasy Bright, which saw 11 million U.S. viewers in the first three days. That film was released in a sweet spot before Christmas and had advance promo, though, like The Cloverfield Paradox, it wasn’t well-received by critics.

Nielsen announced in October that it had found a way to measure streaming viewership data, something Netflix has long kept under wraps. But it’s only measuring data from TVs, not laptops or phones, and is, therefore, missing a crucial sample of viewers. Netflix balked at the announcement, saying the data is “not accurate, not even close.”