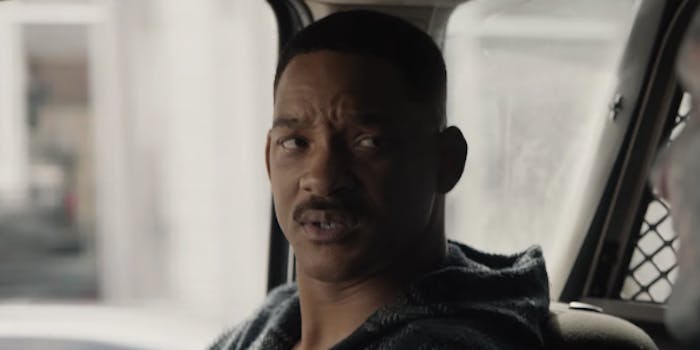 Whether anyone enjoyed it is a separate question.

Bright may not be Netflix’s most well-liked movie, but it’s definitely proving that the streaming giant can produce a blockbuster.

The $90 million buddy cop fantasy is getting lukewarm reviews, and was criticized by Chance the Rapper on Twitter earlier this week for its “shallow” use of “allegorical racism,” but it’s also being credited with ringing in the era of “the algorithmic blockbuster.” In other words: If you put enough buzzy things into the same project, it doesn’t matter if they’re good together or not. People will probably click just to see what the deal is.

Bright boasts stars Will Smith and Joel Edgerton, plus Suicide Squad director David Ayer and a ton of special effects—all of which are huge financial investments for a first-of-its-kind project. According to Nielsen, though, it looks like the investments are paying off. The film was reportedly watched by 11 million U.S. viewers in its first three days, and that’s only counting times the movie was played on a TV. Netflix is notoriously private about its internal numbers, and Nielsen does not measure mobile streams or views on computers, so the true Bright opening weekend numbers are likely much higher than reported.

The partial number of viewers lands Bright behind the second season premiere of Stranger Things (which was watched by 14.8 million in the same period), but way ahead of  The Crown season 2, which had 3 million viewers for its premiere Dec. 8.

Teaming up with big names for a movie with an enormous budget is part of a push from Netflix to get its original film branch onto the same level as its prestigious original TV offerings. The mainstream success of series like Orange Is the New Black and House of Cards have cemented the company as a major player in original series over the years, but its movies still seem to be finding their feet. Back in May, The Ringer’s Sean Fennessey wrote that 2017 “has thus far been the Year of the Netflix Original Movie. Which is not to say that 2017 has been the Year of the Great Netflix Original Movie. We don’t yet know what a great Netflix movie looks like.”

Seems like we may need to wait until 2018 to find out.