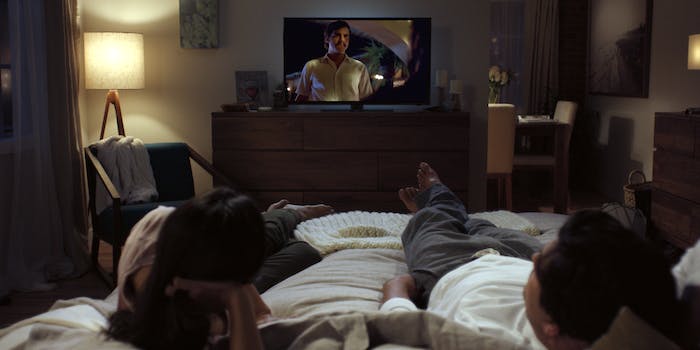 Can Nielsen finally measure Netflix viewers? Not so fast

This week Nielsen announced in a press release that the company had finally cracked Netflix’s black box. Netflix disagrees.

In a world of internet streaming, Nielsen has been losing its relevancy. For the past 90 years, the company has been responsible for measuring the popularity of TV shows, rating them based on their viewership. It’s how TV networks know whether a show is a hit with viewers—and a moneymaker for advertisers. Nielsen has been unable to measure Netflix viewership, though, and with a growing number of views coming from streaming sources, that’s a problem.

On Wednesday Nielsen said that it is ready to offer “a syndicated solution to independently measure subscription-based streaming content.” The solution involves using audio recognition software to monitor what Nielsen homes are viewing on their TVs. These come in the form of Nielsen meters, which the company installs, with permission, on thousands of homes around the nation. Each night, the meters send data back to Nielsen.

Netflix, in a comment to Variety, says that this won’t work.

“The data that Nielsen is reporting is not accurate, not even close, and does not reflect the viewing of these shows on Netflix,” a spokesperson said.

We have to agree with Netflix here. Netflix, and other streaming services, can be viewed not just on TVs, but also on smartphones and tablets. You can view them at home, during your commute, or on the road. The model has changed: The TV set is not the sole hub for entertainment in the home these days, and pretending that it is cannot possibly yield accurate viewership numbers for production companies, television networks, or advertisers.

Since Netflix does not release viewership numbers of its titles, advertisers and networks have no way of knowing how traditionally successful a show is. Nielsen’s new streaming-optimized ratings could at least provide an inkling of a show’s online popularity—even if it’s only partially accurate.

According to Nielsen, eight studios and networks have signed on for its new SVOD (subscription video on demand) Content Ratings solution. It includes data on ratings, reach, frequency and segmentation of viewers, to give them a better idea of who these shows are reaching.

Perhaps, though, networks and studios should just give up on the old way of measuring a show’s popularity. We’ve seen too many good shows cancelled over low Nielsen ratings. Social media sentiment, critical reviews—why not use those as a new benchmark? (Nielsen has, in fact, dabbled in using Twitter as a measure of shows’ success.)

So, good on Netflix for keeping its numbers private, and keeping Nielsen in the dark. Advertisers don’t need to control what shows stay on the air. A show’s quality and storyline should determine that.