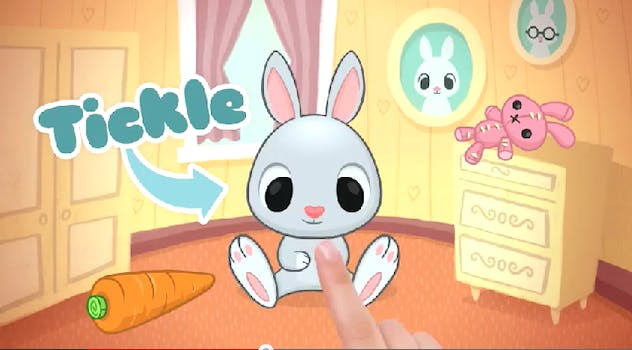 Not so happyville game

An Australian game creator turns to his community when he feels he has been wronged by the press.

When you believe a major news organization has defamed you, where can you turn? Social news site Reddit — if your story is interesting enough — that is.

Last night Australian redditor iHambot was shocked to learn that his mobile application, Happyville Pet Shop, an interactive children’s book, had been featured on a major Australian news show, A Current Affair. Except the exposure was hardly positive.

The show featured an expose of a children’s game called Tap Pet Hotel. That game has come under fire — in both the U.S. and Australia — for its in-game purchases, which some claim prey on children unaware that video-game coins can cost real-world cash.

In the middle of the broadcast, A Current Affairs’ producers spliced in a five second video of iHambot’s game.

But Happyville Pet Shop doesn’t have any in-game purchases. It costs $1.99 in the iTunes store and Android Market. It’s just a simple, interactive children’s book.

So iHambot immediately turned to Reddit, where his inquiry — “Tonight I was exposed as a wealthy con-man on prime-time television. Unfortunately it isn’t true. What should I do?”–  quickly shot to the top of the site’s nearly 800,000 thousand strong AskReddit section.

Only five hours old, the thread has already attracted nearly 700 comments. One redditor claimed to be a Melbourne-based lawyer and has already dished out some basic legal advice.

“You have a defamation action here, specifically libel,” the lawyer wrote. “It might take a year or two but you have nothing to lose.”

iHambot said the game was a “labour of love and its release went seemingly unnoticed.”

That’s encouraged some redditors to put some perspective on his defamation claims:

“Having published on iOS myself, this honestly might be the best thing that could have happened,” wrote Redditor aluplus1000. “Any publicity with the current App Store is good publicity ”