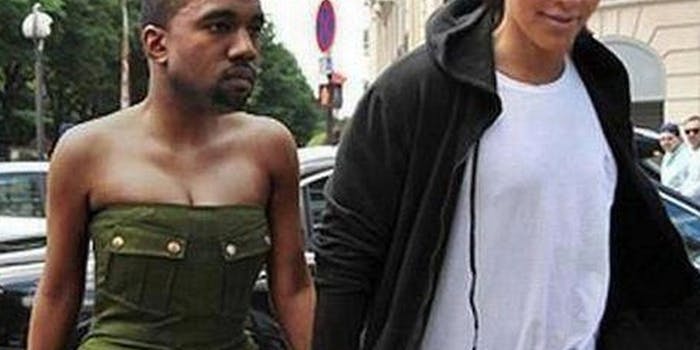 Why did Kanye West delete all of his tweets?

The Daily Dot attempts to get to the bottom of the rapper's disappearing act.

Loud-mouthed leader of the Gucci Prada consortium Kanye West did the unthinkable Thursday afternoon: He deleted all of the tweets on his Twitter timeline and went otherwise silent on the microblogging service that he’s handled like a rag doll since July 2010.

That’s all we’ve got. No explanation. No reason. No nothing.

But when? And where?!

What’s DONDA? Oh, nothing. Just a new collective of creatives and developers that Kanye’s bringing together in an effort to “pick up where steve jobs left off.” He tweeted en masse about the objective in January, though those tweets will obviously do us no good right now.

3) He jumped into his denim Christian Dior spaceship and headed home.

Look, Kanye’s not a human. He’s either a factory or an ass. But either way, he’s not from around here. No matter how many times he and Chris Martin try to tell you he’s from Chicago.

4) He finally realized that he should use his music and art as an avenue for conversation and leave the spastic, egocentric diatribes to those who aren’t as prolifically and artistically gifted as he is.