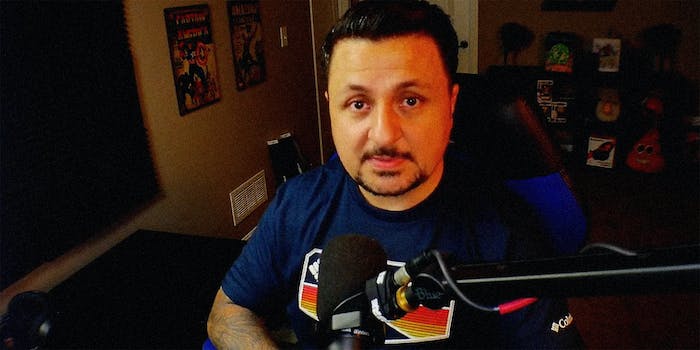 People are sharing the hashtag in hopes of bringing her home.

A Twitch streamer is using social media to try to find his 17-year-old daughter who has been missing since June 25.

Mikey Perkins, who goes by the name MikeyPerk on social media, went public about his daughter Sarah’s disappearance on June 26. He says he was able to ascertain that she “snuck out to go to a hotel with over age people (20-21)” the night before and was last seen in the Franklin, Ohio area.

“I keep thinking in my mind like, what have I done wrong?” he said in an emotional video. “What could I have done to prevent this? I don’t know, I just want her home. I want her safe.”

The hashtag #FINDSARAH has been used across social media platforms to spread the word of Sarah’s disappearance and seek out leads, although Perkins admits nothing has panned out so far.

He also shared a video directly for Sarah, in the hopes that she will see it and come home.

While the streamer has received an outpouring of support from followers and strangers alike, he says he has also received a certain amount of backlash for posting about her disappearance on social media, as well as for continuing to stream on Twitch during this time—something he says he did to distract himself from his emotions after driving around nearby towns searching for her.