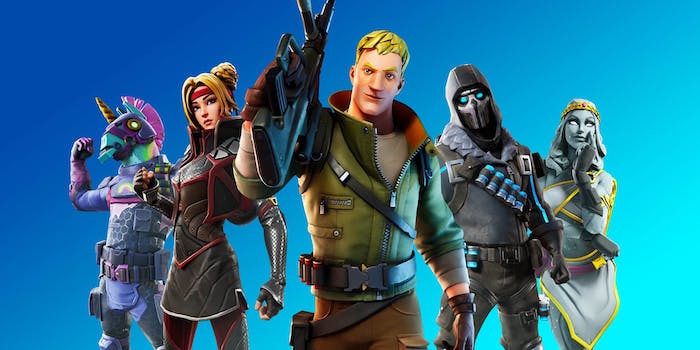 Games like 'Fortnite' were accidentally included in an executive order targeting WeChat.

In his crusade against the China-based apps TikTok and WeChat, President Donald Trump almost banned a wide swathe of the video game industry.

Tech reporters raised the alarm on Thursday night, noticing that the wording of Trump’s anti-TikTok/WeChat executive order was confusingly unclear. By trying to block transactions with WeChat’s parent company in the U.S., the order seemingly blocked any interaction with Tencent, a business conglomerate whose holdings include streaming services, video games, TV, movies, and music.

Tencent owns Riot Games and has a financial stake in several other major publishers including Blizzard, Ubisoft, and Activision. League of Legends, World of Warcraft, and Fortnite would all be affected if the executive order was accepted at face value.

Within hours, a White House official clarified to the Los Angeles Times that the order only referred to transactions on or with WeChat, not other media companies connected with Tencent. This was not clear from the actual text of the order.

Social media app WeChat is hugely popular in China, with over a billion users worldwide. It also has a more complicated role than something like Facebook, since, in addition to being a messaging app, it’s also used for online banking and payments, shopping, and other services. And if you have friends and relatives in China, WeChat is a crucial communication platform because the Chinese government banned the use of Western social media apps like Facebook and WhatsApp.

So by blocking WeChat in the U.S. (or at least announcing plans to block WeChat in 45 days), the Trump administration wants to cut off that line of communication with people in China.

WeChat and TikTok are both being targeted due to “security concerns,” essentially because apps were developed by Chinese companies. Chinese businesses are obliged to cooperate with the country’s intelligence services, adding to the usual concerns about private companies gathering data about their customers. Of course, the U.S. government also routinely requests user data from American social media platforms.

While WeChat isn’t as widely known in the U.S., threatening TikTok is a very unpopular move. The app is very popular among young adults, and at the moment there’s a lot of uncertainty about how the ban will play out. The executive order gives TikTok and WeChat’s parent companies a 45-day deadline, pressuring them to sell the apps (or partition off an American section of those apps) to a U.S. company. In TikTok’s case, that might be Microsoft.

Tencent’s various video game connections are safe for now, suggesting the Trump administration is either uninterested or unaware of any potential data-gathering taking place inside games like Fortnite or World of Warcraft.