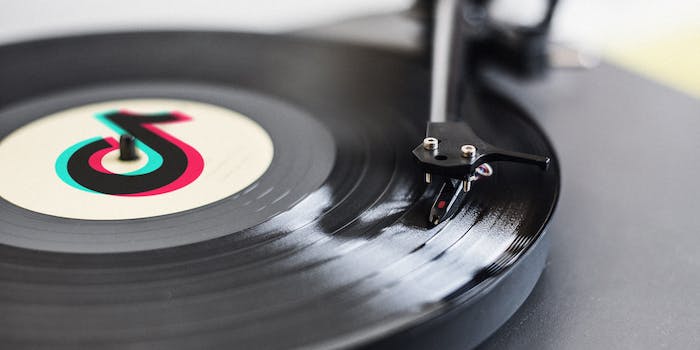 The best songs that have been revived on TikTok

In our 'snippet' culture, older and newer songs are finding life on the app.

Have you tried finding a song you heard on TikTok? That song? It can be maddening, especially since the audio is often labeled as something other than the name and artist. It’s changed how we consume songs—we’re hearing them as fragments, divorced from totality, recontextualized in short-form challenges.

In the current quarantine culture, random ideas can take on new life: Curtis Roach’s improvised rap “Bored in the House” was later elevated by rapper Tyga, bored in his own house. Cardi B saying “coronavirus” was quickly sampled and remixed; DJ iMarkkeyz’s remix charted on iTunes. Drake’s “Toosie Slide” started as a snippet of an unreleased song, soundtracking a new TikTok dance. Did Drake purposely release it, bored in his house? Or was this a natural evolution of TikTok’s dance ecosystem? By the time he released the full song (and the accompanying video of Drake Toosie Sliding around his Toronto mansion), it already had a built-in audience. This week, “Toosie Slide” debuted at No. 1 on Billboard’s Hot 100, and the top 10 featured the Weeknd, Roddy Ricch, Dua Lipa, Doja Cat, and Billie Eilish—all artists whose songs got the TikTok bump.

But the song that was driving me mad was an older one, and I only knew three notes of it, which I sang to anyone in my vicinity. (More on that song, below.) TikTok is just as helpful for reviving older songs, with younger users reintroducing them. That goes for audio too: A snippet of an old J.G. Wentworth commercial—“I have a structured settlement and I need cash now”—has gone viral as people waited for stimulus checks. This audio from the reality show Little Women: Atlanta is ubiquitous on TikTok, as is this clip from Parks and Recreation.

Catherine Fournier, director of marketing for LyricFind, points to the reemergence of Matthew Wilder’s 1984 hit “Break My Stride” in February as one notable example of an old song getting new shape on TikTok—and landing on Spotify and Apple charts. Users took the lyrics to the first verse and pasted it in texts to friends, family, or significant others.

“It’s interesting to see that transition,” she says. “Lyrics from ‘70s and ‘80s songs being repurposed and, as with any kind of online platform now, a lot of users have that ability to reshape content.”

Here are some of the more ubiquitous, viral, and curious songs that have been revived on TikTok.

This is the song I could not figure out. A Bruno Mars ballad from The Twilight Saga: Breaking Dawn Part 1 soundtrack! Perhaps because it was modified for a trend: A portion of Mars’ 2011 song was repurposed for TikTok’s Unexpected Me/What I Thought meme, which highlights what parents thought their kids would look like versus reality, or some variation on theme.

It’s hard to say definitively if this is the oldest song that’s been revived on TikTok (that might be “Tonight You Belong to Me”) but it’s been used in more than 300,000 clips, mostly to illustrate unrequited love. Producer Tiagz made a pitched-down remix of the song that’s been used in more than 3 million TikToks, and elevated by popular personalities like Addison Rae and Charli D’Amelio.

This 2015 single has been used in more than 1 million TikToks, and the “I know I know I know” repurposed as an acknowledgment of fact.

The 2004 house party song, produced by Lil Jon, charted upon release but the TikTok sample applies the opening “squeak” to a newer trend: people joking about moving to different places in their home during quarantine.

This declarative ditty originated on Vine, and while it’s been circulating on TikTok for at least a year, it has more recently been used in clips of people checking in from the beds and couches of quarantine.

Last summer, a simple video of an oblivious orange tabby nailing the choreography to this 1954 song went viral, as we collectively turned our gaze to our own cats. The 17-year-old creator said she was inspired by others using the same song and TikTok’s nine-camera split filter.

Robbie Tronco’s 1995 house and ballroom classic has been rediscovered and sampled over the years, but the line “I’ll see you after the function” has propped up a relatable TikTok trend.

Artist Cecelia Condit’s experimental 1983 video went viral last year on TikTok, as cool teens embraced snippets of lyrics from the 12-minute short film, created with composer Karen Skladany. “Possibly in Michigan” follows two women as they’re stalked by a masked man from the mall to their home, and decide to kill and eat him. The clip circulated on Reddit in 2015, and Condit, a professor at the University of Wisconsin-Milwaukee, told the New York Times she’s gotten more of a boost from the internet than galleries.

Cleveland rapper Chip Tha Ripper (now known as King Chip) produced an iconic radio show freestyle back in 2007, but the last line became a meme: “Interior crocodile alligator/I drive a Chevrolet movie theater.” According to Know Your Meme, the snippet was posted to the forum Something Awful in 2007, and in 2008 started being used more frequently as a loop on YouTube. Now it’s reached the next stage of its memedom.

A PSA released in 2012 to promote train safety in Australia, “Dumb Ways to Die” quickly went viral thanks to its straightforward message. Its second (third? fourth?) life on TikTok soundtracks bad decisions and embarrassing moments.

This 2011 single from Nashville’s Hot Chelle Rae is one of those upbeat “gonna live forever” songs that was so popular in the 2010s. But its chorus is being used in a different context on TikTok. Our batteries won’t live forever. The band joined TikTok in early March and acknowledged they are the band that sings that song.

Ghost Town DJs 1996 single is eternal. On TikTok, it’s become the song for just vibing and, more importantly, re-upping the 2016 Running Man Challenge. Were we ever so young?