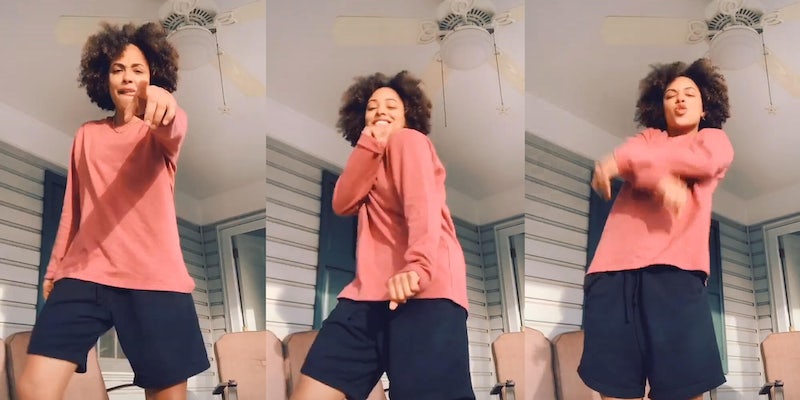 As ‘Out West Challenge’ goes viral, its creator looks for credit too

Nicole Bloomgarden created the dance in December, and watched it take off.

You’ve likely seen the Out West Challenge on TikTok: The dance, set to Jackboys’ Young Thug-assisted track “Out West,” has been pretty unavoidable for the last two months. Usher did it. Ellen DeGeneres and Shaq got in on the trend too.

Nicole Bloomgarden created the dance in late December, and watched it blow up. Much like Jalaiah Harmon’s Renegade dance, the Out West Challenge really took off once it spread to more popular TikTok accounts, like Charli D’Amelio. And, like Harmon, Bloomgarden struggled to get recognition.

Last month when D’Amelio, Addison Easterling, and other TikTok stars did the Out West dance (and other dances) at the NBA All-Star game, Bloomgarden tweeted about it, saying it was “honestly crazy” the dance was being performed on such a large stage.

Bloomgarden posted a TikTok around the same time, stating, “I know it’s hard to trace back who started it so I’m not upset but I am the creator of the Out West Challenge. Keep killin’ it, cuz y’all are killing it.”

In a video posted Feb. 17, Bloomgarden addressed the tweet and clarified the dance’s timeline, pointing out one of the platform’s weak spots: “On TikTok, a big thing is giving idea credits.” Still, Bloomgarden is excited to inspire younger creators.

While creators being obscured by TikTok’s algorithm is another issue, the line between artist and creator can go both ways: Haley Sharpe, the creator of the “Say So” dance, appeared in Doja Cat’s new video for the song. K Camp credited Harmon with making “Lottery” blow up. “Out West” has been used in more than 9 million TikToks, and is likely seeing chart success in part because of the dance.