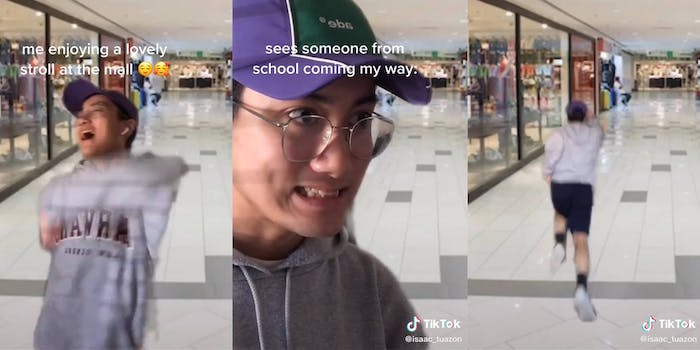 According to Know Your Meme, the “Full 180” trend originated in late January, with user @isaac_tuazon inserting himself into a relatable situation: You’re at the mall and see someone from your school you don’t want to talk to. The video has more than 500,000 views.

It also inspired a wave of other relatable situations, like when you’re a grandmother who doesn’t want to interact with her “blue haired granddaughter” at a family function.

And the classic person-tells-you-not-to-look-so-you-immediately-look situation.

And it lead to people having realizations (about Paul Rudd’s son).

Dua Lipa has not publicly addressed the meme yet, but the song also went viral in a separate “Don’t Stop Now” dance trend. The singer posted her first TikTok on Jan. 31, promoting new single “Physical.”