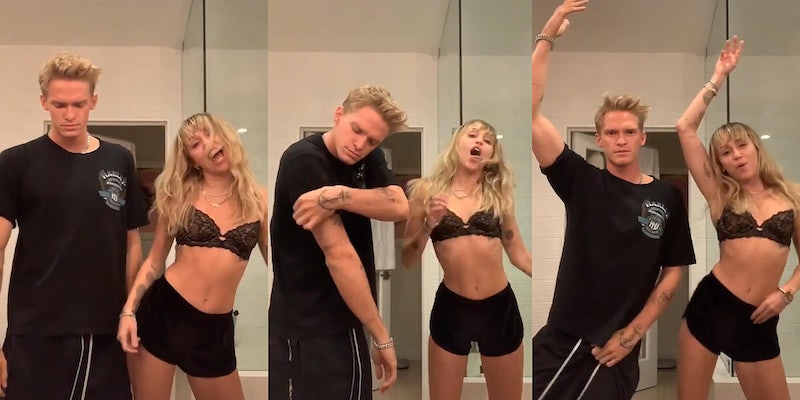 Miley Cyrus and Cody Simpson get in on ‘Stupid’ TikTok trend

Ashnikko's 'Stupid' has gone viral on TikTok and made everyone dance along.

Ashnikko’s “Stupid” has become an anthem on TikTok, where teens are empowering themselves and others in inventive new ways. It’s appeared in more than 2 million TikToks and its popularity on the platform has also pushed the song up Spotify charts.

Now we can add Miley Cyrus and Cody Simpson to the list of viral enablers. Cyrus, who joined TikTok last month, posted a clip of her and new boyfriend Simpson dancing to the song. The clip features the line, “Stupid boy think that I need him/I go cold like changing seasons.”

The clip also welcomes Simpson to TikTok, though the two had previously collaborated on a cover of Kylie Jenner’s capitalist lullaby “Rise and Shine.”

The “Stupid” trend typically employs a two-person approach, though people have gotten creative.

In a video from Sept. 22, Ashnikko commented on her “weird little moment on tiktok” and credited the Instagram account @gluecosebaby with initially posting the audio to TikTok.