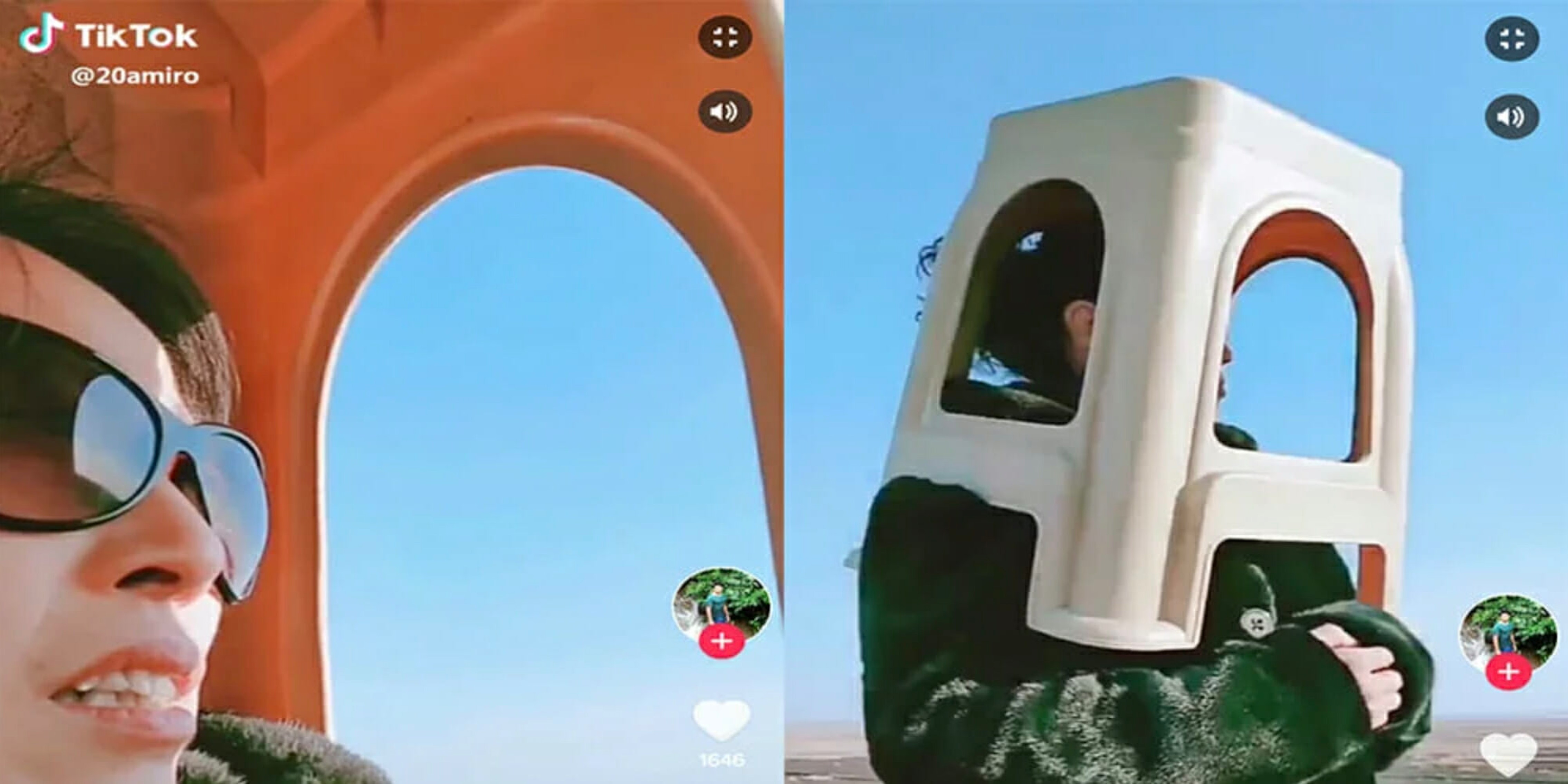 It's way cheaper than an actual plane ticket.

Users on TikTok are using everyday objects like laundry detergent containers and stools to make it look like they’re thousands of miles in the air. With the Fake Plane Challenge, the sky’s the limit.

In the Fake Plane Challenge, users create the illusion that they’re soaring above the clouds, using miscellaneous household items to mimic aircraft windows. According to Know Your Meme, TikTok user @20AMIRO was among the first to popularize the challenge.

The camera tricks are reminiscent of old-school Hollywood filming techniques. It’s hard not to see some similarity between “plane” videos and this scene featuring Charlie Chaplin, a pair of roller skates, and a fake several-floor drop.

Since its release in 2017, TikTok has accrued over 500 million users in 150 countries and is poised to take over more of the app market.

So far, the social media platform has evolved to include Jim Fallon appearances, the Four-Generations Challenge, and the popular “Hit or Miss” videos. Evident by the nature of the Fake Plane Challenge, the app is currently going through the phase of extremely do-it-yourself effects.