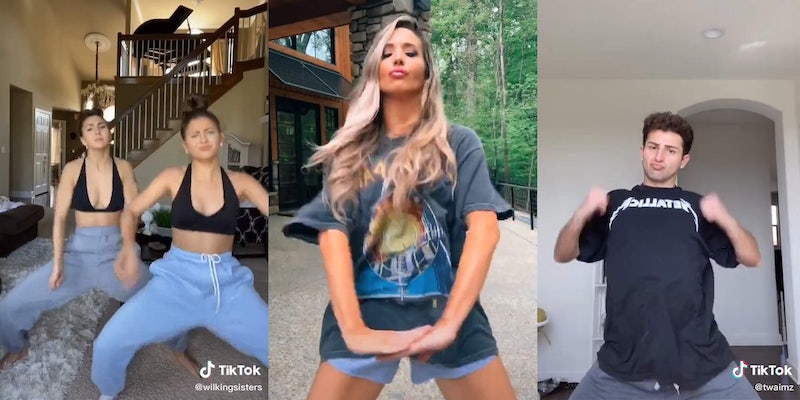 TikTokers are twerking and fist bumping to the ‘Twilight’ soundtrack

The song is a bop.

TikTokers truly have a talent to take any song and make it go viral, and that includes the soundtrack to the cultural phenomenon that is Twilight. TikTokers are twerking and fist pumping to “Bella’s Lullaby,” the soothing piano melody featured in Twilight.

@Twaimz’s video already has 7.9 million views and 1.9 million likes, and viewers showed their love in the comments.

TikTok creator @adamrayokay commented, “THE WAY THAT THIS SERVED.”

Other TikTokers have been inspired to recreate his dance.

“The only dance on TikTok that matters,” user @allicattt said.

Everyone’s getting into it.

But @twaimz isn’t the only one obsessed with the Twilight soundtrack. Other TikTokers have used the sound to make their own dances. Actress Amandla Stenberg choreographed her own “Hips Don’t Lie”-reminiscent dance to “Bella’s Lullaby.”

And other TikTokers have used the song to make funny videos about their struggles with everything from social distancing to relationships.

Tons of TikTokers also used the song while experimenting with TikTok’s new freeze-frame filter, which allows you to literally twerk on yourself.

No one knows exactly what it is about the Twilight soundtrack that makes you want to throw it back, but nearly everyone was feeling themselves while making videos to the song.

TikTok dances have only been getting more popular as an increasing number of people are looking for ways to pass the time in quarantine. The “Bella’s Lullaby” dance joins the ranks of other dances like the “Savage” dance and the “Hollaback Girl” and “Partition” mashup, which went viral recently.