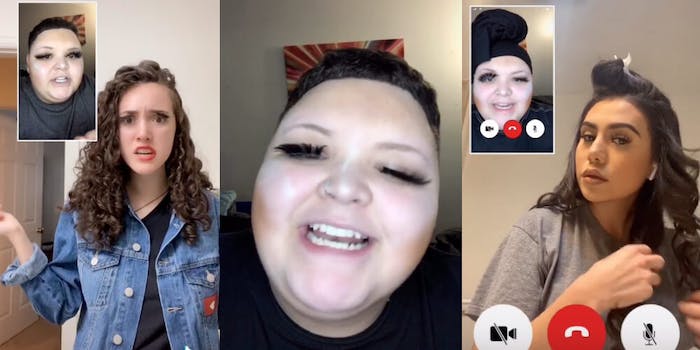 Everyone loves dueting with this TikTok star’s alter ego, ‘Rosa’

Rosa is an 'Arizona tea and Hot Cheeto queen.'

If you’ve used any social media platform within the past week, chances are you’ve seen an adamrayokay TikTok.

The 20-year-old, whose real name is Adam Martinez, became TikTok famous after creating videos as “Rosa,” who he originally described as an “Arizona tea and Hot Cheeto queen” in one TikTok caption.

If Rosa is one thing, she’s extra. With streaks of highlighter, bronzer stamped on her cheeks, and one fake eyelash upside down, Rosa truly is a queen.

Martinez has so far made 15 videos as Rosa, and TikTok users can’t stop dueting them. Users are dueting the videos to share relatable moments that happen in every friendship, especially among young Latina women, and many are using a FaceTime filter to create their “conversations.”

Another user, @marlenedizzle, is one of Martinez’s most popular collaborators.

Sometimes the TikTok users are Rosa’s “friends,” but other times they’re the ones she’s trash-talking.

Even children are getting in on the fun.

Some TikTok users are even using his sounds to share other relatable, memeable moments.

Martinez has even inspired some other TikTok users to imitate Rosa in their videos and create their own characters.

In other videos, Rosa asks for a chongo (ponytail holder) and a pad.

On his Instagram, @adamrayokay, Martinez posted on his story to announce he is starting a YouTube channel. His first video will be a Q&A, and he posted a question box on his story. So if you want to ask Martinez a question for his first YouTube video, check out his Instagram Story before it disappears.

The Daily Dot has reached out to Martinez.