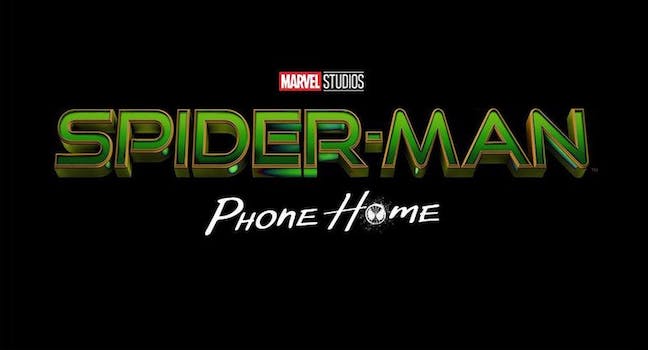 Spider-Man star Tom Holland is kind of a troll. A harmless, low-stakes troll, but a troll nonetheless. That’s why, when Holland seemingly revealed the next Spider-Man movie title on Instagram, fans probably should have taken a second look.

Since the MCU‘s first two Spider-Man movies have the word “home” in the title (Homecoming and Far from Home), we can expect the threequel to follow a similar theme. So it made perfect sense when Holland shared his first photo from the movie, along with the title Spider-Man: Phone Home.

Fans rushed to debate whether this title worked as a cute reference to the movie E.T. or if it was just nonsensical in an MCU context. But as it turns out, this probably isn’t the official title, because Holland’s co-stars Zendaya and Jacob Batalon posted different names on their social media pages: Home Slice and Home–Wrecker.

Yes, once again, Marvel fans have been smoothly embroiled in an MCU marketing ploy. We still don’t know the real title, but judging by these teasers, we can expect to find out soon.

The actual cast of the movie is another question entirely. For months now, we’ve seen reports that this film will include previous Spider-Man stars Tobey Maguire and Andrew Garfield, introducing other Marvel timelines into the MCU. But in recent interviews, Holland has vociferously denied any involvement from Maguire and Garfield.

Can we trust him? Well, maybe. Because he’s kind of a troll.