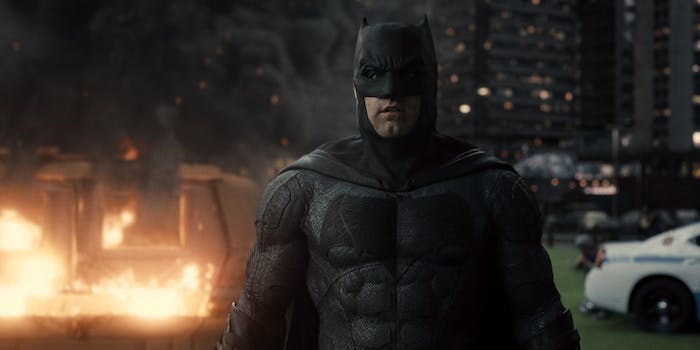 Zack Snyder's fanbase is still at war with Warner Bros.

In the wake of the Snyder Cut‘s critical success, Snyderverse campaigners show no sign of slowing down. There’s a vocal contingent of DC fans who want to see a director’s cut of Suicide Squad (by David Ayer) along with more Justice League movies from Zack Snyder. But according to a new Variety interview with WarnerMedia Studios CEO Ann Sarnoff, that isn’t going to happen.

“We’re always going to listen to our fans, but we are in service of the broadest fanbase and we owe them an integrated, holistic strategy,” said Sarnoff. Explaining that Warner Bros. creators “are the shepherds of the franchise,” she added, “We want different voices in the mix. For certain fans that want singular voices, they may be disappointed, but we would ask them to be patient.”

The #ReleaseTheSnyderCut campaign was a big win for fans lobbying on social media, leading into a #RestoreTheSnyderVerse campaign. They want the studio to return to an earlier, Snyder-centric era of the franchise, even though Warner Bros. has clearly moved on to a different strategy with spinoffs like Shazam and The Batman.

Sarnoff makes it crystal clear that Warner Bros. won’t make an “Ayer Cut” of Suicide Squad, and that Zack Snyder’s Justice League marks the end of an era. She also spoke out against toxic harassment within the Snyder Cut campaign, saying, “It’s just disappointing because we want this to be a safe place to be. We want DC to be a fandom that feels safe and inclusive.” None of this is going down well with Snyder Cut fans, especially since Zack Snyder’s Justice League included teasers for a Justice League sequel. They want to see that sequel get made.

This interview also acted as damage control for Justice League‘s racism scandal, which centered around actor Ray Fisher accusing director Joss Whedon and several studio exectives of racist and unprofessional behavior. The Snyder Cut restored Ray Fisher’s original storyline as Cyborg (the only Black superhero in the movie), confirming that Whedon cut most of his original role. Whedon has since been accused of workplace abuse by several other actors, and Justice League‘s problems have mostly been pinned on him. However, Fisher leveled similar accusations at Warner Bros. executives like Walter Hamada and Geoff Johns; an allegation that was publicly rebuffed by the studio. Ann Sarnoff says Hamada “had nothing to do with Justice League,” and defends him in the Variety interview. Fisher, meanwhile, has already tweeted his own response.

“Apparently some folks at @WarnerMedia think that a room full of executives saying ‘we can’t an angry Black man at the center of the movie’ (and then reducing/removing all Black and POC from that movie) isn’t racist,” Fisher tweeted Monday night.

Warner Bros. clearly hopes to move on from these racism allegations in more ways than one. The studio is now pushing ahead with a more diverse lineup of creators including Birds of Prey‘s Cathy Yan, Ta-Nehisi Coates on Superman, and Angel Manuel on Blue Beetle. This counteracts a popular argument from Snyder fans: Snyder was a lone progressive voice at Warner Bros., fighting for a more racially diverse franchise. The Snyder Cut did feature a more diverse cast than Whedon’s version, and some of those characters might have had bigger roles in spinoffs. However, Warner Bros. is perfectly capable of hiring people of color with no relation to the Snyderverse. It doesn’t really make sense to turn back the clock and revive Snyder’s version of Superman when Ta-Nehisi Coates is now at the helm.

At this point, it’s hard to see how Warner Bros. can move on from the Snyderverse campaign. A Hollywood studio can’t let itself be held hostage by a vocal minority of fans, but after the success of Zack Snyder’s Justice League, those fans have no reason to slow down or accept creative decisions they don’t enjoy. We’ve seen this conflict play out before, with toxicity in other big fandoms like Star Wars. And since Snyderverse fans can see themselves as everyman heroes battling a villainous Hollywood studio, why would they listen to what Warner Bros. executives have to say?