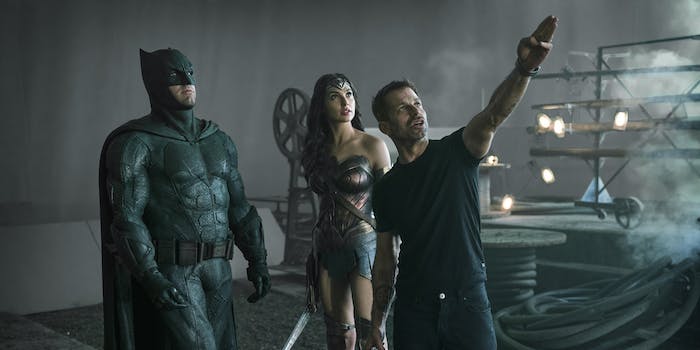 But you should be wary of the score.

The review embargo for Zack Snyder’s Justice League lifted yesterday, revealing some long-awaited reactions to the extended cut. For Snyder’s fanbase, this was a moment of vindication. After months and years of arguing that Snyder’s unseen version was better than Joss Whedon‘s theatrical cut, the critical consensus suggests… they’re right.

On Rotten Tomatoes, the original Justice League earned a 40% rating while the Snyder Cut has thus far earned 75%. On Metacritic, the original earned 45% while Snyder’s version has a 55%. This suggests that critics saw an improvement overall.

There’s a reason why these two review aggregation sites have such different scores, though. Rotten Tomatoes has the best brand recognition, but it’s been criticized for using dodgy statistics to create misleading scores. That’s why so many movies receive dazzling Rotten Tomatoes scores in the 95-100% range while actually just being reasonably good. Meanwhile, Metacritic uses the same reviews to create a more balanced overview.

Rotten Tomatoes relies on a simple good/bad metric. If a review is deemed positive (say, 3.5/5 stars) then it counts toward the film’s “fresh” rating, whereas a negative review (say, 2.5/5 stars) counts toward a “rotten” score. Meanwhile, Metacritic goes into more detail regarding critics’ more nuanced opinions. This explains the different results for Zack Snyder’s Justice League: Rotten Tomatoes reflects the fact that more critics gave it a (somewhat) positive review, while Metacritic reveals that those positive reviews still contained a healthy amount of criticisms. We see this kind of split often, a similar example being Marvel’s Thor, which has a 77% on Rotten Tomatoes and 57% on Metacritic.

This uneven scoring also works the other way, because Rotten Tomatoes tends to pull to extremes. Snyder’s Batman v Superman got 28% on Rotten Tomatoes (a firmly “rotten” score), while Metacritic offered a more mixed 44%. So if you’re really into stats, Metacritic is generally the more reliable site, but Rotten Tomatoes is usually more dramatic. And if you’re trying to convince a skeptic that the Snyder Cut is vastly superior to Whedon’s Justice League, be sure to cite the Rotten Tomatoes score.