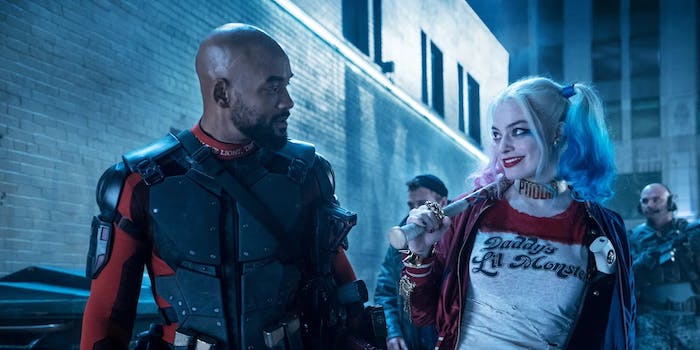 Will this actually happen? Probably not.

There were some concerns that HBO Max releasing the Snyder Cut of Justice League would set a precedent. Will we suddenly see an uptick in similar campaigns, pressuring movie studios to accept fandom demands? Judging by the response from Suicide Squad director David Ayer, the answer’s yes.

The point of a campaign like #ReleaseTheSnyderCut is to free a film from the dastardly clutches of studio interference. It’s a tempting concept because until the director’s cut gets released, fans can freely believe there’s a masterpiece lurking beneath the surface.

And hey, maybe there is! We have plenty of examples of films whose final cuts were damaged (Blade Runner) or almost ruined (Snowpiercer) by studio interference. Of course, filmmakers are less likely to talk about when input from studio execs actually improved a film, so it’s hard to say how often the reverse is true.

At any rate, David Ayer feels like Suicide Squad was done dirty by Warner Bros., and he’s hoping for an Ayer Cut to follow in Snyder’s footsteps.

So far on Twitter, Ayer has confirmed that a director’s cut (minus some visual effects) already exists, and that the theatrical version changed several key elements including Ayer’s original plan to have Harley Quinn and Will Smith’s character Deadshot become a couple. Basically he’s teasing a version of Suicide Squad with more complex roles for several of the main characters, featuring more Harley/Joker content.

It’s an appealing prospect for plenty of DC Comics fans (including longtime DC writer Jimmy Palmiotti), but Ayer also seems oddly clueless about the toxic side of DC movie fandom. When a film critic pointed out that the Snyder Cut campaign resulted in death threats, rape threats, and doxxing for people who spoke negatively about Justice League, Ayer responded with a vague “social media can be so nasty” reply.

The problem is, this kind of campaign is unavoidably adversarial. Not only is Ayer speaking out against perceived interference from Warner Bros. (which is surprising considering the fact that he’s due to make a Dirty Dozen remake with the same studio), but #ReleaseTheSnyderCut deepened a political rift in DC movie fandom. The campaign is now synonymous with a certain type of fan entitlement, often going hand-in-hand with online harassment.

So, will an Ayer Cut actually happen? Probably not. Fan campaigns are nothing new, and I wouldn’t be surprised to see another director’s cut get released due to a similar public outcry. But Suicide Squad just doesn’t have the same clout as Justice League.

#ReleaseTheSnyderCut was a much bigger campaign with a more famous filmmaker behind it, and its eventual release actually benefits Warner Bros. The Snyder Cut announcement was a timely marketing ploy to promote HBO Max, which is currently struggling to attract attention away from more established streamers like Netflix.

There’s no point in doing the same thing for Suicide Squad, because its target audience (disgruntled DC fans) will hopefully have paid for HBO Max already.

And finally, there’s already another Suicide Squad movie on the way. James Gunn’s The Suicide Squad comes out next year, starring several of the original Suicide Squad cast including fan-favorite Harley Quinn. It feels kind of redundant to muddy the waters by rereleasing a different version of Suicide Squad at the same time.