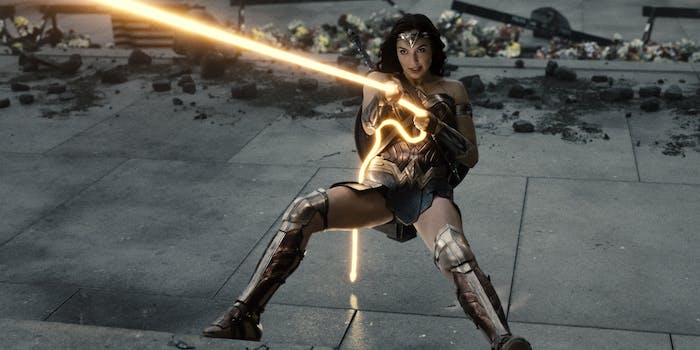 Review: ‘Zack Snyder’s Justice League’ is only for the hardcore fans

This four-hour director's cut is dull and overstuffed, but in some ways, it's an improvement.

Zack Snyder’s Justice League is designed for people who like their films over-explained. At four hours long, it doubles the runtime of Joss Whedon‘s controversial and poorly-received cinematic cut. All of the “new” material comes from the original version scripted by Chris Terrio, and in some respects, the Snyder Cut is a clear improvement. But it’s also laden down with padding and exposition. This new version would actually benefit from taking some of that stuff out again.

The film takes a full hour to explain (and explain, and explain) a very simple conceit: An evil alien (Steppenwolf, voiced by Ciarán Hinds) wants to destroy Earth for his evil alien boss (Darkseid, voiced by Ray Porter) using three MacGuffin known as Mother Boxes. These boxes were hidden on Earth in the distant past, and Steppenwolf has returned to activate them. This idea is very similar to Marvel‘s Thanos and the Infinity Stones, and could easily be illustrated in five minutes. But Snyder eagerly delivers extensive backstory for all three boxes, recounted in stultifying detail. It’s like pausing a football game to watch a documentary about where the ball was manufactured, who built the factory, and so on. Meanwhile, the main characters are disappointingly shallow.

At heart, this is a straightforward getting-the-gang-together movie. But unlike Ocean’s Eleven or The Fellowship of the Ring (or indeed The Avengers), Justice League largely fails to make us care about the team. Looking back at my review of the cinematic cut, Whedon may have managed a more compelling Batman/Superman dynamic than Snyder.

Gal Gadot is a little stilted compared to her charisma in Wonder Woman, and Aquaman can’t have a real arc because Justice League takes place before his solo movie. (Jason Momoa has a hell of a lot of screen presence, though.) Ben Affleck’s Batman offers the most engaging performance, coupled with a thinly-written role. Meanwhile Henry Cavill’s Superman (who gets less screentime, due to being dead for the first two hours) is a dour-faced block of wood. This leaves us with the two junior heroes, who are also the most emotionally compelling: Cyborg and the Flash. To discuss them, we need to understand two key elements of the film’s own backstory: Zack Snyder’s personal vision for the DC franchise, and what happened to that vision when Joss Whedon took over.

Starting with Man of Steel in 2013, the Snyderverse offered a counterpoint to the relatable heroes of the MCU. Batman, Superman and Wonder Woman not only live double lives; they’re detached from mortal concerns. Snyder sought to reimagine these heroes as lofty, mythical figures, setting the scene for the main conflict of Batman v Superman. Bruce Wayne, a lonely billionaire, is so scared of Superman’s godlike power that he spends a fortune trying to destroy him.

Influenced by studio concerns, Justice League is less violent and more upbeat, emphasizing teamwork and fantasy worldbuilding. Batman and Superman are still grim, but Cyborg and the Flash introduce some humanity. However, the theatrical cut was different. Replacing Snyder during post-production, Whedon rewrote and re-shot numerous scenes, resulting in a shorter and more comedic story. A lot of the nerdier stuff (i.e. Mother Boxes) was truncated, along with several characters including Cyborg—a breakout role for Ray Fisher, the only Black actor in the main cast. Fisher has since accused Whedon of abusive behavior, alleging racial discrimination from other Warner Bros. executives. On-screen, Whedon reduced Cyborg to a tokenistic role.

So yes, I knew the Snyder Cut would give Cyborg more screentime. But the difference is even more drastic than expected. Cyborg, aka Victor Stone, is now arguably the most well-developed character. In retrospect, this makes sense, because he’s the only hero who requires an in-depth introduction. The others are either already famous (Batman) or self-explanatory (the Flash).

Victor Stone is a young football star whose life is cut short by a car crash. His father (a scientist) rebuilds his body using one of the Mother Boxes, turning him into a Terminator who can hack into any computer. Is this an especially deep piece of drama? Well, no. But Cyborg’s personal journey is crucial to the story at hand. This was mostly cut from Whedon’s film. As for our final hero, Ezra Miller’s Flash is the most entertaining of the lot, zipping around being perky and obnoxious. Providing a fun counterpoint to Bruce Wayne’s gloom, he makes you wonder why Hollywood still refuses to give Batman a sidekick. It’s clearly a winning formula!

Once the team is assembled, Zack Snyder’s Justice League is light on plot. It’s certainly long, but that’s mostly due to the exposition and boring, protracted action scenes. Snyder’s trademark slow-mo is out in full force, but it only serves to make the fights less interesting. While his personal aesthetic —CGI tableaus, rippling muscles, metallic color-tinting—has its fans, I’m certainly not one of them. The big setpieces are simply muddled and over-long, hindered by the forgettable villains. After months of hearing Snyder Cut campaigners hype up the extended roles for Steppenwolf and Darkseid, it was baffling to see these CGI monsters arrive with zero personality.

The best moments occur when Snyder allows reliable actors to just sit down and talk (Ezra Miller and Billy Crudup; Ben Affleck; Willem Dafoe; a brief cameo from Jesse Eisenberg), although weaker performers like Amber Heard stumble over the laborious fantasy dialogue. Do we really need so many scenes where Amazons and Atlantean warriors discuss and/or pose beside ancient weaponry? Absolutely not.

Most directors’ cuts aim to reassert authorial control (Blade Runner) or explore ideas that wouldn’t fit into a theatrical release (Lord of the Rings). But Zack Snyder’s Justice League probably won’t earn the mainstream acclaim of those examples. Rather, this is the purest form of nerd cinema “made for the fans, not the critics.” A very specific group of fans, that is. Narrative coherency and pacing are abandoned in favor of DC Comics references and wordy explanations for irrelevant lore. Some elements, like a cameo from the Martian Manhunter, are laughably jarring in context.

This film was engineered to be picked apart by YouTube fan theory channels, focusing on background details while ignoring the overall lack of substance. If it was a more humane length (say, two and a half hours), it would undoubtedly be a better film than Whedon’s half-baked cut. But with this much padding, it’s just a bore.