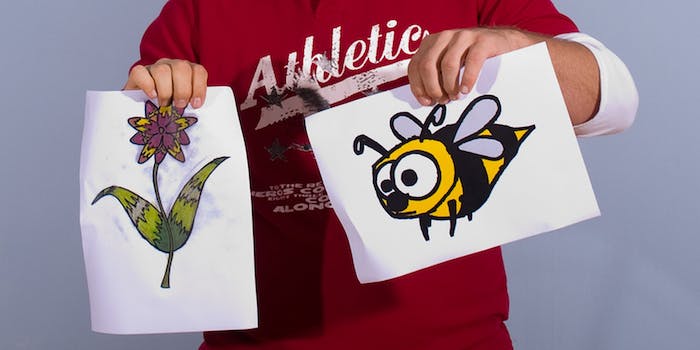 Hate anti-vaxxer parents? Then don’t opt out of sex ed for your kids

It's time to shame the parents who are harming not only their own kids but everyone else's, too.

While the Internet rages over vaccine refusal and its public health implications as vaccine-preventable diseases like measles pop up with alarming regularity, there’s another public health issue lurking in the background: sexual education. A large number of states provide inadequate education on the subject, with Planned Parenthood estimating that only five percent of American students receive comprehensive sexual ed. Across the nation, numerous states have regressive and dangerous policies that include the parental right to opt out—an action that is functionally equivalent to vaccine refusal.

Opting out of both sexual education and vaccination represents a significant health risk to individuals and the larger community, with parents making crucial decisions about issues that could have a serious impact on children and young adults. Parental decision-making is considered necessary for people below the age of consent who may lack access to necessary information and experience, but that decision-making should be questioned when it’s dangerous to children and those around them. It’s time to start treating parents who refuse to allow access to sexual education with the same public ire that we apply to parents who refuse to vaccinate.

Writing in 2010 about British debate over publicly funded “faith schools” and sexual education requirements, Andrew Copson of the Guardian sharply commented that creating exemptions “would shift the focus of the law as it applies to faith schools away from the needs of children [and] toward the religious prejudices of the school, as if this is what the law should really be protecting.” Copson asked, “Who is education supposed to benefit—the child or the church?”

A similar question could be applied to the United States, where the state of sexual education is dire, reflecting conservative Christian attitudes and prudish mores about sexuality. It doesn’t just harm individuals by leaving them with inadequate information; it also endangers the emotional health of children, leaving them ashamed of their bodies and sexuality, a particular concern for LGBTQ youth who may encounter actively hostile “sexual education” that treats them as abnormal (see, for example, the moral panic over allowing trans students to be educated in classes that reflect their gender in schools that insist on gender-segregated sex ed).

At the New Statesman, Rhiannon Lucy Cosslett has strong words on the emotional consequences of inadequate sexual education. “By failing to make proper sex and relationships education statutory,” she writes, “the government is failing to protect children from exploitation, abuse, domestic violence, cyber-bullying, homophobic and sexual bullying, and sexual violence.” While she’s talking about Britain, the U.S. likewise defends a conservative status quo rather than child welfare.

Abstinence Works, an organization that promotes abstinence-only education, maintains a detailed rundown of state-by-state policies, many of which are quite chilling. Alabama, for example, states that “classes must emphasize, in a factual manner and from a public health perspective, that homosexuality is not a lifestyle acceptable to the general public and that homosexual conduct is a criminal offense under the laws of the state.”

Some states, like Arizona and Utah, have opt in policies—parents must actively consent to sexual education. In Wisconsin and Kansas, policymakers are considering similar measures, while in other states, parents are free to opt out of sexual education. Schools are typically required to send notices when classes are offered so parents have an opportunity to demand an exemption.

Consequently, in many states, children are receiving inaccurate and actively dangerous sexual education if they get it at all, which may explain why almost half of new STI infections annually occur in people between the ages of 15-24. Some of these conditions, like HIV, cannot be cured, while others—like HPV—can increase the risk of cancer or cause lifelong fertility problems. One in four teens contracts an STI annually, and a shockingly low 60 percent of teens reported using condoms during their most recent sexual encounters. “Sexual minority youth,” like queer and trans teens, are at an even higher risk of STI infection and other poor sexual health outcomes.

Poor access to sexual education has huge implications for American youth and public health. Every individual with a sexually transmitted infection represents a potential risk through which infections can spread like wildfire, especially if teens are engaging in risky behaviors like not wearing condoms. For some, STIs can result in severe complications and even death, while also contributing to issues like the growth of antibiotic-resistant bacterial infections, birth defects associated with low birth weight and STIs during pregnancy, long-term infertility, and chronic health problems.

Aside from the fact that these fully preventable complications are unpleasant, they endanger the larger community and require considerable expenditures of government funds. As a preventable drain on the public health system—like diseases we can vaccinate against—these issues aren’t just a private family concern limited to personal values. They’re a public, utilitarian issue; we must provide universal comprehensive sexual education for the good of the commons.

The United States routinely privileges the opinions of a vocal minority over those advocating for the collective good, catering to those who wish to dictate the terms of life in modern society at the risk everyone’s well-being. Parents who refuse to vaccinate their children are rightly criticized for endangering their children as well as others they interact with through the erosion of herd immunity, but parents who opt out of sexual education are also creating public health risks.

For the sake of the children (and everyone else), we need to be cracking down on both these issues. There’s growing public support for making vaccines mandatory, in part in response to the uptick in vaccine-preventable infections, and there should be similar public shaming of parents who don’t provide sexual education, along with a push for mandatory comprehensive sexual education.

Writing at the New York Times on mandatory vaccination in 2014, Dr. Kristen A. Feemster, an infectious disease specialist, said, “To justify the subversion of individual choice to public good, there are some conditions that need to be met. The behavior or intervention needs to be safe and effective, and the risk of not participating in the behavior needs to outweigh any risk from the behavior.” Her argument holds as true for vaccines as it does for sexual education; comprehensive sexual education is safe and effective, and not participating in it carries serious consequences.

Promoting abstinence-only sexual education and opt-out behavior is every bit as dangerous as refusing a measles vaccine, and it shouldn’t be treated as a matter of personal conscience and belief anymore. The stakes are simply too high in a country with a high degree of interaction and mobility, where a single strain of syphilis in an Arkansas high school can blaze across surrounding states in just a few months, following the trail of irresponsible teens who didn’t know better.

Photo via virginsuicidephotography/Flickr (CC BY SA 2.0)