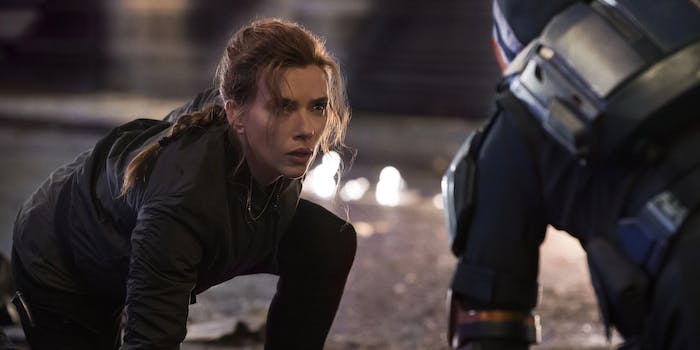 Scarlett Johansson made waves last week when her legal team announced plans to sue Disney over the release of Black Widow. According to Johansson, Disney breached her contract by releasing Black Widow on Disney+, leading the actress to lose out on box office bonuses. Under normal circumstances she might have expected a $50 million payout—and Johansson’s lawyers say that Disney refused to renegotiate when she raised concerns about releasing the film online.

Disney soon fired back with a statement saying Johansson’s demands showed a “callous disregard” for the impact of the COVID-19 pandemic—a comment that attracted accusations of hypocrisy, given that Disney opened its theme parks mid-pandemic. The studio also pointed out that Johansson had already been paid $20 million for Black Widow, resulting in harsh criticism from the chairman of Johansson’s talent agency: “The company included her salary in their press statement in an attempt to weaponize her success as an artist and businesswoman.” (For context, Robert Downey Jr. picked up $10 million for his brief supporting role in Spider-Man: Homecoming.)

Marvel movies are the kind of projects that actors take on for the money, not for artistic fulfillment. And much of that money comes from backend payouts, where actors receive major bonuses—sometimes more than their original salary—based on box office performance. When Warner Bros. released Wonder Woman 1984 on HBO Max in 2020, Gal Gadot got an extra $10 million to make up for the loss of those bonuses. Disney failed to make a similar deal with Johansson, hence the lawsuit. And other Disney stars are taking notice. Emma Stone (Cruella) and Emily Blunt (Jungle Cruise) are in similar situations, with Blunt and her husband John Krasinski already asking for compensation over A Quiet Place II being released on Paramount+.

The Hollywood Reporter editor Matt Belloni commented that Disney is “notoriously difficult to deal with,” saying that people in the industry were waiting for an A-lister like Johansson to speak out first. On an individual level, Johansson’s contract dispute echoes other problems that Hollywood unions have to deal with on a regular basis.

This lawsuit is attracting a lot of commentary online, partly due to the juicy nature of the conflict (Marvel’s parent company vs. one of Marvel’s biggest stars!) and partly due to the ethical and financial complexities involved. Some people find it absurd for a super-rich celebrity to demand even more money for a film that underperformed due to the pandemic. It doesn’t help that Johansson is a divisive figure herself. On the other hand, she’s one of the few individuals with enough money and clout to sue Disney for breach of contract. Other, less-famous artists don’t have that luxury.

Disney has a long history of failing to give artists a fair wage, as proven by the recent scandals around the Winter Soldier’s co-creators (who earned nothing from their character’s massive Marvel/Disney success), and Star Wars author Alan Dean Foster, who accused Disney of withholding his royalty payments. The studio may actually have shot itself in the foot by failing to handle Johansson’s complaints in private. Her lawsuit is the most public MCU scandal to date, in a franchise that usually provides a blandly united front. After spending months promoting Black Widow on its feminist credentials, she’s made a very public statement that she—one of the top actresses in Hollywood—didn’t receive fair treatment herself. This may be the start of a PR fiasco for the Disney brand, encouraging other actors to come forward with demands of their own.