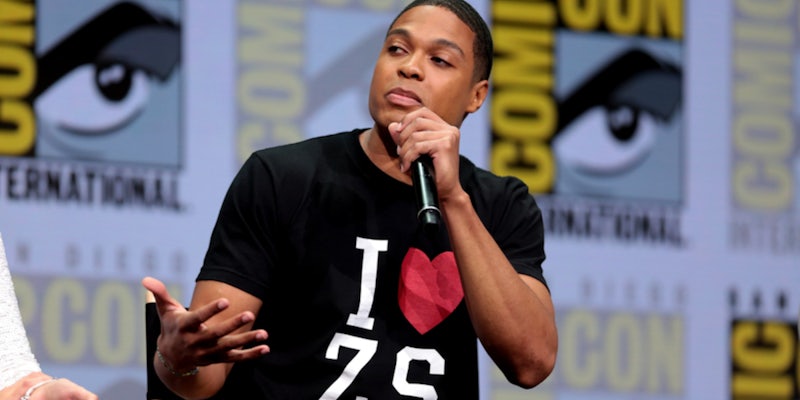 Ray Fisher confirms he’s been dismissed from ‘The Flash’

Ray Fisher posted a statement to Twitter last night confirming that he’s been dismissed from the upcoming DC film The Flash.

“No one, in any profession, should have to argue with their employer for their claims of abuse, racism, and discrimination to be taken up the proper chain of command,” he wrote.

Fisher, who played Cyborg in Justice League and Batman v Superman, had previously opened up about the behavior of Justice League director Joss Whedon during reshoots, adding to past accusations against Whedon. That reportedly led to a formal investigation, and claims that Warner Bros. attempted to discredit Fisher.

In the statement, Fisher said “Cyborg’s involvement in The Flash was much larger than a cameo,” and called out DC Films president Walter Hamada as the reason he could not, “with a clear conscience,” participate in any films he’s involved with. He also claimed Hamada tried to protect producer Geoff Johns, a longtime DC creative who stepped down as DC Entertainment’s chief creative officer in 2018.

The Flash, a Justice League follow-up helmed by It director Andy Muschietti, is slated for 2022 release. While Fisher’s involvement with the film was uncertain, the hashtag #IStandWithRayFisher is circulating again, and fans are calling out the hypocrisy (and optics) of firing a Black man over claims of racism. Others called out the near-silence from Fisher’s co-stars.

Fisher claimed on Jan. 7 that the investigation led to the company “parting ways” with Whedon and that, “Flash or no Flash,” he’s still pursuing the matter with WarnerMedia.