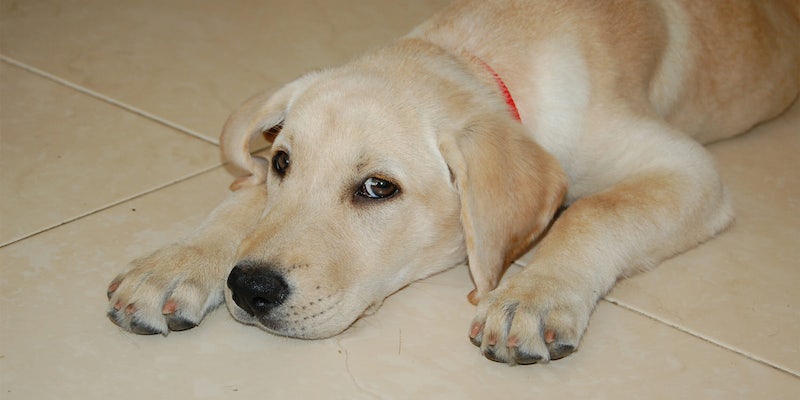 Since November of 2017, the Racism WatchDog Twitter account has been subtly and humorously alerting the internet to instances of racism. “We trained our dog to sniff out racism and bark when he finds it,” reads the account’s description, manned by the theoretical dog’s two anonymous “dads” who go by only “B” and “G,” who also run a separate account, RacismDog Owners.

The account typically replies to, retweets, or posts screenshots of racist tweets with a combination of “barks,” “woofs,” or “borks,” such as in the examples below:

Naturally, President Trump is a frequent target of Racism WatchDog.

But now, the Racism WatchDog account itself has come under scrutiny—or milkshake duck‘ed, if you will—for a tweet being perceived by many as being racist itself.

we regret to inform you the racism dog is racist pic.twitter.com/pbk6LkaVFX

The link in the original tweet directs to a story in which a Black woman attacked two white people on a bus, who later admitted to police that she had been off her prescription medication.

The only problem is that racism against white people—or, reverse racism, as it is commonly referred to—isn’t actually a thing. While the subject has been hotly debated over the years, the reality is that a large part of racism has to do with institutional systems of power and authority, which have always been dominated by white America. Furthermore, in the current political climate, white nationalists are propagating the idea that whites are victims of racism to promote their own ultimately racist agenda.

Over backlash to the now-deleted tweet, which had the double misfortune of having been posted on Juneteenth, the owners of the Racism WatchDog account put out a statement that they were going to step away from the account for a few days.

We're going to take a break from the account

Just for a few days

Apparently saying that running an account where we receive threats isn't emotionally stressing, so I removed the tweet about self care.

Just jumping in: Happy Juneteenth to everyone. I'm gonna watch that episode of Blackish to celebrate.

And for those of you who we're wondering, yes we're poc and we both talk about race fairly frequently on our personal accounts lol

The deleted tweet “B” mentioned read, “Running the account is an emotional labor that we’re not cut out to do every day. #selfcare is important.” It was mocked on Twitter.

Time will tell if the owners of the account make good on their promise to come back and continue tweeting, but whether or not their followers are ready to forgive them—or trust that they can identify actual racism—is another thing entirely.